Speaking in the Dáil last vening, Sinn Féin TD for Cork North Central Jonathan O’Brien said that the government have a real opportunity to address homelessness in Ireland and are failing to do anything of substance. 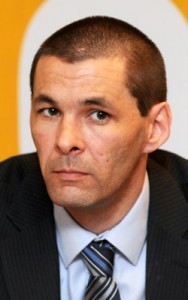 “This Labour and Fine Gael Government, and the previous Fianna Fail governments are to blame for this; they have failed in dealing with the housing crisis and they have exacerbated it with their austerity policies.

“There are over 130,000 households on waiting lists throughout the state, 15,000 here in Cork alone. Over 1,500 children are in emergency accommodation. Homelessness in Cork City is consistently on the rise, with a 63% increase in the numbers sleeping rough on Cork streets in 2014.

“People are sleeping rough on the streets in this country because of the decisions made by Fianna Fáil, Green Party, PD, Fine Gael and Labour TDs – that is the reality.

“Local authorities are not beyond criticism in this, but the main reason that social housing has not been built is due to a lack of a pot of central funding to do it.

​“Government TDs and Ministers are happy to stand in the chamber and talk about emergency accommodation and letting people sleep on camp beds as if that is the answer to anything, but get offended if anyone wants to have a real and genuine discussion about why people end up homeless in the first place and about how they, as landlords, they too are part of the problem. Is this why it won’t be addressed? Because Fine Gael and Labour landlord TDs might lose some income? They all acknowledge there’s a problem but none of them want it solved.

“While the increase in the number of emergency beds is welcome – we need to prevent people from becoming homeless in the first place. Long term accommodation with security of tenure is what is needed.”