Sinn Féin MEP Liadh Ní Riada has questioned the Irish government’s commitment to Irish Culture and the Arts with the impending cuts laid out by the coalition to the sector. 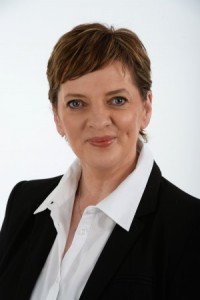 “The Arts council is the national agency for funding, developing and promoting the arts in Ireland, yet the Irish government have announced a €2 million cut to their grant.

“Similarly, the Heritage Council, which develops and manages heritage projects and initiatives throughout Ireland, is also facing cuts of €200,000.

“Our culture and our language are central to who we are and to the local economy yet the Government has paid lip service to the sector.

A member of the European Parliament committee on Culture, Ní Riada continues,

“My colleague and Minister of Culture, Arts and Leisure in the north, Carál Ní Chuilín has illustrated the importance of preserving our culture and the arts when she reinstated £620,000 from the November Monitoring Round to the Arts Council in the six counties.

“And just last week Sinn Féin held a successful Slógadh which was attended by more than 100 Irish language activists, academics and public representatives – this is part of Sinn Féin’s commitment to supporting arts and culture.

“Our identity is reflected in how we celebrate our heritage and therefore the cuts implemented by Fine Gale and Labour are not only a threat to this industry; they are a threat to our national culture and identity.”