26,000 Europeans are killed on our roads annually – this is a much bigger challenge to Europe than terrorism – says the MEP

Ireland South MEP and member of the EU Transport committee Deirdre Clune has called on car manufacturers in Europe to design and make safer cars following the publication of a report which looks at new safety measures in car design and how they can save lives. 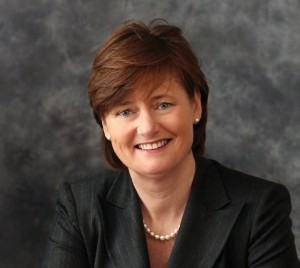 The report, which has been commissioned for the European Parliaments Transport committee, comprehensively looks at how manufacturers are designing and building cars and suggests a number of changes that would make cars safer and would help to save the lives of more people who are involved in serious crashes – including older and more vulnerable people who may be involved in road accidents.

The new safety measures called for in the report include emergency braking systems whereby the car detects when a collision is imminent and employs the brakes, avoiding the collision or at least mitigating its impact. The report also recommends the use of Speed Intelligence Systems which MEP Clune has previously called for.

Speaking after the launch of this report, Deirdre Clune said that Europe must get its priorities straight when it comes to action on road deaths,

“Yes, it is important that we tackle terrorism in all its forms, but if you compare our immediate reaction to European deaths due to terrorism verses our lacklustre European reaction to the fact that we are losing 26,000 Europeans on our roads annually, it makes no sense!

“If, as this report clearly points out, we can design safer cars with added safety features, and save lives, then we must enshrine that in European law now to stem the increase in road deaths across Europe. Early next year the European Commission is expected to propose the next set of mandatory vehicle safety standards for the European market and I would call on the Commission to include many of the suggested design changes set out in this report.