Cork hotels out in force at ‘Flavours’ tourism event in London

Thirty-eight (38) Irish tourism enterprises, including The Maritime Hotel and Hayfield Manor Hotel travelled to London today, to take part in Flavours of Ireland 2016. Flavours is Tourism Ireland’s annual B2B tourism workshop, now in its 14th year, which saw some 100 representatives of the top inbound tour operators based in Britain come together to do business with the various tourism organisations from Ireland.

Flavours of Ireland aims to grow our share of the huge worldwide travel market. Attended by representatives of top UK inbound tour operators, who are responsible for putting in place the arrangements for holidaymakers to Britain and the island of Ireland from all over the world, this event was an excellent opportunity for the participating Irish tourism providers to highlight and sell their product to these important decision-makers and to encourage them to feature the island of Ireland in their 2017 holiday programmes. 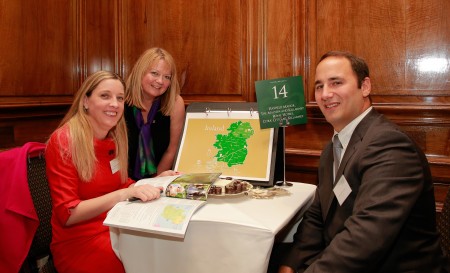 David Boyce, Tourism Ireland, said: “Tourism Ireland is delighted that so many tourism organisations from around the island of Ireland and so many of the leading UK inbound tour operators took the time to join us at our Flavours event again this year. We very much welcome the business and networking opportunities it presented. Our aim is to increase awareness of the island of Ireland among these hugely influential tour operators and to help Ireland and our tourism partners secure a greater share of the huge worldwide tourism market.”

David Boyce continued: “Figures issued by the CSO last week indicate that we are heading for another record-breaking year for Irish tourism in 2016, with more than 6.55 million people arriving during the January to August period – an increase of +12%, or more than 700,000 extra overseas visitors when compared to the same eight-month period in 2015. We are determined to ensure that tourism growth continues. We have a really extensive autumn campaign in full swing right now – aimed at boosting late-season travel to Ireland from around the globe.”