Families across Cork will potentially benefit from Labour’s plan to introduce a €2 per hour childcare system, Ciarán Lynch TD has said. 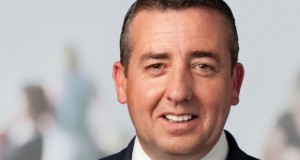 It follows the publication of the Labour Party’s childcare proposals.

Deputy Lynch said the changes will mean that families in Cork will have a little more money in their pockets at the end of each month.

“This state has never sufficiently invested in childcare. As the economy recovers, Labour will change that for once and for all.

“We have an ambitious and detailed plan to put in place a national childcare scheme.

“Parents will be able to access subsidised childcare for all children under the age of 12 – covering pre-school children as well as after school care.

“By 2021, the cost to parents will be €2 per hour, for up to 40 hours per week. Our approach will save Cork parents thousands each year.

This proposal will be of interest to the parents of the 18,496 children in Cork South Central who could potentially benefit from these childcare initiatives.

“When Labour entered Government in 2011 we had to make a number of difficult decisions that were necessary to put this country back on a stable path. Having persevered and restored the public finances, I am pleased that we now have the room to raise living standards for people and invest in families and childcare.”