Cork South Central CPPC (Peoples Convention Candidate) Diarmaid Ó Cadhla will not participate in the Town Hall Debate hosted by Cork Chamber of Commerce this evening, he has described it as “not addressing the needs of business in Cork”.

In a statement Ó Cadhla added: “Cork Chamber have restricted the platform to Political Party candidates only, excluding independents. Most speakers in the lineup have absolutely no experience in business and are there simply because they are in a Party.”

Ó Cadhla continued: “Business in Cork deserves serious consideration, however, the Chamber has never been a body to organise such a debate.

The Chamber seems pre-occupied with serving the status quo, thus their pandering to Political Parties. On any crucial issue of our economy the Chamber has always sided with conservative Government opinion and EU policy, they have favored Foreign Direct Investment over developing domestic industry.” 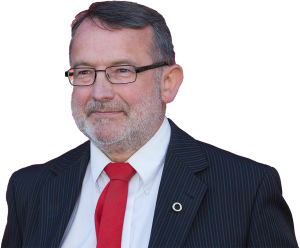 Diarmuid O Cadhla wants to be a TD in Cork South Central. He is head of “The Peoples Convenetion” or “CPPC” which is a movement, but not a registered political party

Diarmaid Ó Cadhla has spent nearly 30 years as a business consultant in the Cork region, and despite requests, he was not allowed the same platform as the Party candidates, he says.

Ó Cadhla said “a spokesperson for the Chamber said I could ask questions of the Party candidates from the floor, but that is an insult, both to my intelligence and more importantly, it is an insult to the business people of Cork who attend and expect to hear their concerns addressed.”

“I grew up in a time when every village and town in Ireland had its own industry, in manufacturing, food processing, tanneries, textiles etc. it is virtually all gone now. Now, even new industry that developed over the last 30 years is being wiped out, we have closed retail units and warehouses everywhere.”

I challenge the directors of Cork Chamber to go shopping for vegetables in Cork – and see where they are from – most are imports. This is a huge lost opportunity for both agriculture and industry in Ireland – but no one at Cork Chamber ever addresses these questions – shame on them!”

“Cork Chamber of Commerce is not representing Cork business, most SME’s that I know have nothing to do with them – if they can’t do politics in a balanced way they should stay out of it.”