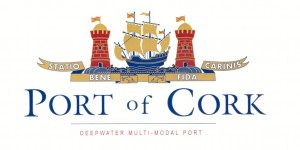 Fred Olsen Cruise Line will open the Port of Cork’s cruise liner season with the arrival of MV Balmoral and her 1800 passengers and crew to Cobh Cruise Terminal on Friday 1st April. This is the first of 58 liners scheduled to call in 2016. In total over 100,000 passengers and crew will arrive in the region between April and December, with some liners calling for the first time to Cobh and others on repeat visits. Princess Cruises’, MV Caribbean Princess will make ten visits to Cobh in 2016.

In 2015 the Port of Cork invested €1.5 million in upgrading the current facilities at Cobh Cruise Terminal, Ireland’s only dedicated cruise berth. The investment included installation of a number of high load mooring bollards at the east and west end of the Cobh Cruise Berth which will enable larger ships to be berthed.

Commercial Manager at the Port of Cork, Captain Michael McCarthy said: “ We are pleased with the number of calls for 2016 and the fact that we have some new customers this year, shows more and more cruise companies are considering Cobh as part of their cruising route.’

He continued: “Following the investment last year, the Port of Cork can now accommodate the larger liners or Quantum class ships without any restrictions. It is our ambition as a port company to attract these ships and increase our cruise calls to 75 per year over the next three years.’

In 2016 Bantry Bay Port Company will welcome three cruise liners to the area, one of which, MV Albatross, will call to Bantry followed by Cobh. This shows the connection between the ports and the joined up promotion of both regions to the cruise companies.

To find out dates and arrival times of cruise liners calling to Cobh or Bantry, please visit www.portofcork.ie for the complete schedule.