How many graduates of Trinity College Dublin live in Cork? More than 1,500

1,575 people in Cork are eligible to vote in the upcoming Trinity College Seanad Election and their votes could have a major impact on the make-up of the next Seanad, according to Independent Senator Averil Power. She has released the figures to highlight the importance of voting in the election.

“In the last three Seanad elections, candidates needed less than 4,000 votes on average to get elected”, Senator Power pointed out. “The 1,575 Cork-based voters could therefore have a major impact on the outcome of this election, at a time when the Seanad is set to gain much more influence.

“As with the recent Dáil election, the Seanad election is unlikely to deliver a clear majority for any party. This means any Government is likely to require the support of the university Senators to get its initiatives through the Seanad. It is very important therefore that we elect Senators who will use this influence wisely and work together to address the major issues facing the country. I have a proven track record of working on a cross-party basis to deliver positive change and would very much like to continue that,” Senator Power concluded. 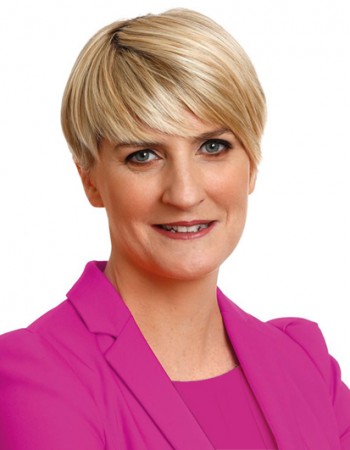 Senator Power is contesting the election for one of the three Seanad seats elected by graduates of Trinity College Dublin and those who graduated from Dublin Institute of Technology prior to 2000.

She holds a Business degree from Trinity College and is a former President of Trinity Students Union. Her campaign is backed by high profile figures from different aspects of Irish life including novelist John Banville, businesswoman Norah Casey, mental health advocate and former Cork hurler Conor Cusack and Minister for Health Leo Varadkar.

Her priorities include education, mental health, support for entrepreneurs and Seanad reform.

Voting in the Trinity and NUI Seanad elections is by postal ballot. Voting papers have been sent out to all registered graduates and must be returned before 11am on 26th April.