Clonakilty Macra have taken home the top prize at Macra na Feirme’s All-Ireland drama final in Wicklow last weekend. They also took home the Best Actor and Best Producer for their performance of “Who did it”.

Macra National President, Seán Finan, speaking at the presentation of prizes said, “Huge congratulations to Clonakilty Macra na Feirme who won the national title. Well done to the teams who participated at all levels of the competitions and in particular those who reached the national final. The Macra Amateur Drama competition is a great introduction to the arts for members and develops their dramatic and performing skills. The competition also equips members with the skills, knowledge and ability to get involved in the arts at a local and community level”.

The event saw six Macra clubs compete for the top title. Clonakilty Macra’s team have now won themselves a place on the annual Macra prize-winner’s trip in the Autumn. 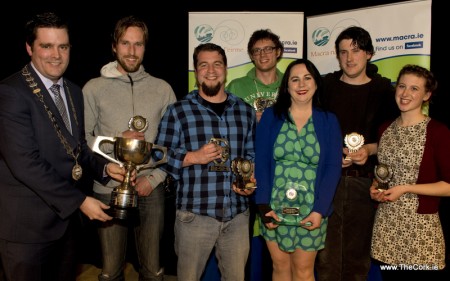