Hailed as “The Champions of Business Excellence”, the team from Musgrave Chill Distribution Centre Cork were beaming with pride as they were called to the stage to receive the winner’s medal during a thrilling awards ceremony held in the Double Tree by Hilton Hotel in Dublin.

The Q Mark Awards are forever associated with Quality and Excellence in the minds of Irish consumers and it is the only system which allows businesses monitor 100% of their processes and procedures 100% of the time. Winning this award has shown that Musgrave Chill Distribution Centre Cork truly cares about their customers and is willing to go the extra mile to ensure that it achieves the highest possible standards at all times. 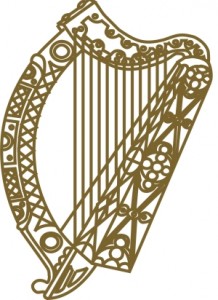 The Minister for Social Protection, Leo Varadkar TD, who attended this year’s National Q Mark Awards, said “At the heart of the Governments strategy is supporting Irish businesses through policies to create the environment for a strong economic recovery by promoting competitiveness and productivity. Quality standards and good governance enables this growth and competiveness and it is exciting to see companies in the public, private and not for profit sectors competing side by side. These are the modern Irish businesses that are driving the engine of our recovery, and I wish them every success in the future”.

Irene Collins, Managing Director of The National Q Mark Awards concluded, “With over 200 employees and one hundred drivers it takes huge discipline to maintain food safety and quality standards, but then success is nothing more than a few simple disciplines practised every day. The team have been practising daily for more than 12 years. This is magnificent recognition and very much aligns with the teams vision of being best in class”.

Direct flight from Cork Airport to Verona announced for Summer
Previous Post
Are Nissan going to open a factory in Cork, Ireland because of Brexit?