The Parade which will be attended by 50,000 people, will take place in Cork City at 1pm on Friday March 17th
Lord Mayor, Cllr. Des Cahill said “Cork is renowned internationally as the Food Capital of Ireland and we are delighted that Rachel Allen who is a fantastic ambassador for Cork and for Ireland is this year’s Cork St Patrick’s Day Parade Grand Marshal. Rachel is widely regarded for her passion, knowledge and expertise in food and it is very fitting that she has been chosen to lead the Cork St Patrick’s Day Parade.”

About Rachel Allen
Rachel Allen teaches at Ballymaloe Cookery School, as well as being a busy TV chef, author, journalist and mother. Rachel’s extremely popular television series’ have been broadcast in more than 30 different countries. As well as attracting viewers of two million on the BBC, Rachel’s series is also the highest ever rated show on Good Food Channel. Rachel is the author of 14 bestselling cookery books, selling over two million copies worldwide. 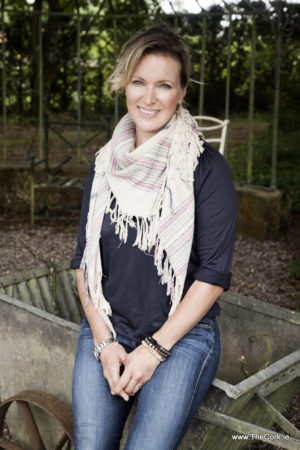 In the middle of March, Rachel Allen will open her first restaurant called Rachel’s on Washington Street in Cork

Rachel Allen said
“As an adopted Corkconian, I am hugely honoured to be the Grand Marshal of the Cork St Patrick’s Day Parade. I am really looking forward to the day and I would encourage as many people as possible to come to the Parade which will be a wonderful, fun and colourful spectacle”

Beginning at 1pm on Friday March 17th at the bottom of the South Mall, Cork City will be a carnival of colour and pageantry with over 3000 participants taking part in the Parade.

Theme of Parade
The theme of this year’s parade is Cork – A City of Community, Culture, & Commerce, and the Parade will celebrate the strength of community, diversity of culture and entrepreneurship that has helped shape Cork into a modern vibrant city. Participants from community groups, arts groups and sporting groups from all over Cork will take part in the Parade. A selection of these include The United Filipino Irish Association, Starlight Baton Twirlers, Rebel Wheelers, Mayfield GAA Club, Nigerian Community Cork, Mexican Community Cork, Sahara Belly Dancers, Cork Figure Skating, CIT Carnival Samba and Comhaltas Ceoltoiri Eireann.

To celebrate 100 years of Ford in Cork, a special fleet of vintage Ford Cars including the Model T, Fordson Tractor, Cortina and Mustang will also take part in the Parade

See www.corkstpatricksfestival.ie for further details of the Parade and Road Closures.