James Healy from Donoughmore, Co Cork is running to be National President of Macra na Feirme

The nomination process for Macra na Feirme’s presidential and vice-presidential candidates has now closed and the election candidates have been announced. Every two years, Macra clubs elect a new National President and three Vice Presidents to represent the young farmers and rural youth organisation.

Each candidate is profiled in the Macra na Feirme election booklet which is attached and includes their contact details. The election will take place in the Irish Farm Centre in Dublin on Tuesday 4th April 2017 and the elected candidates will take up office at the Macra AGM on the 6th May 2017. Ballot papers will be issued on Tuesday March 14th. The deadline for ballots is 1pm on the 4th April. 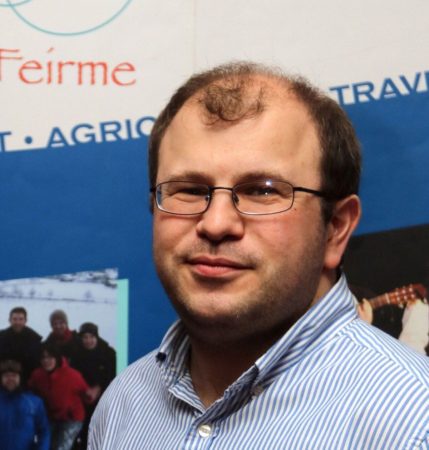 A series of hustings will take place starting on the 7th March in locations across the country.

There will be two hustings per region – a total of six. Details are below – all begin at 8pm sharp:

The outgoing Macra na Feirme President Sean Finan said,
‘I would like to wish all the candidates the very best of luck over the coming weeks as they embark on the campaign trail. ’