The founder of the Jack & Jill Children’s Foundation, Jonathan Irwin was in Inchydoney Island Lodge & Spa in Clonakilty, West Cork today. He hosted an Afternoon Tea Party for 100 guests as a fundraiser marking the charitys 20th anniversary year.

The Jack & Jill Children’s Foundation has supported 2,300 sick children nationwide with home nursing care, including 255 children in Cork and 62 children in Kerry. The charity is calling on people to host an Afternoon Tea party at home to raise money for Jack & Jill or to attend one of 11 Afternoon Tea parties in top hotels nationwide including Mount Juliet in Kilkenny on 24th March and Hayfield Manor in Cork City on 27th April, with details on www.jackandjill.ie.

According to Jonathan Irwin: The essence of Jack & Jill is about community helping community; neighbour helping neighbour.

“I know, because my family has walked this pathway. Little did we think when Jack Irwin came into our life on 29th February 1996 that his legacy would touch so many others. Our little boy, who couldnÕt walk or talk, has been the biggest influencer in my life and he has driven his old Dad to give a voice to children who don’t have one, and to provide a practical life line of support to parents who need it. Twenty years on and Jack IrwinÕs home care plan is the blueprint for Jack & Jill’s nationwide service, operating 365 days a year, with no means testing and no waiting list. Of that I am very proud. I am less proud however of a health service that is not kind to carers, that doesn’t recognise and value the work these carers do, day in day out. It is time to roll out the red carpet, instead of so much red tap” 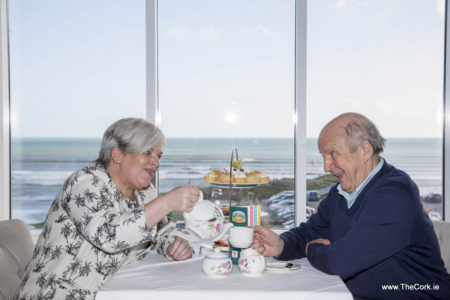