When: Thursday, May 25th
Where: Midleton CBS Sports Hall

On Thursday, May 25th, Cork bands The Frank and Walters, Goldfish Syndrome and August Walk will take to the stage in Midleton and play a special fundraising concert to raise crucial funds for two Midleton CBS students.

The fundraising concert will be held in Midleton CBS Sports Hall from 7.30pm – 10.30pm, and funds raised will help Cian Twomey Walsh and Aaron McMahon, who each require medical treatment for recently diagnosed illnesses. 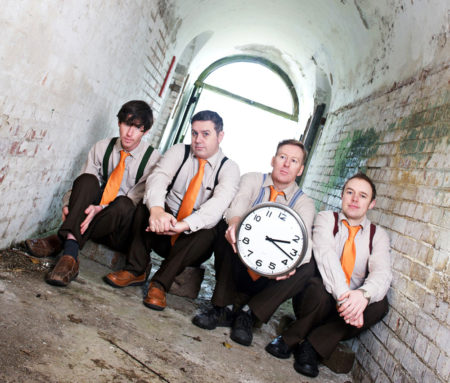 Cork Band: The Frank and Walters

18 year old Leaving Cert student Cian Twomey Walsh, was recently diagnosed with a very rare and aggressive form of cancer called Paraganglioma, and requires a course of radiation injection treatments which is extremely expensive, and for which he must travel to Rotterdam in The Netherlands. Cian is currently undergoing a course of chemotherapy in advance of his treatment in Rotterdam.

While 16 year old Aaron, a Transition Year Student, requires a seven week course of Proton Radiation Treatment for an extremely rare and aggressive brain tumour. Aaron leaves for Essen in Germany at the end of May for the treatment which is not available in Ireland or England.

Funds raised through Thursday’s concert will go towards the costs of the students’ treatments.

Tickets for the concert are €10 each, and are available from Midleton CBS and McCarthy’s Newsagents, Main St, Midleton, Co Cork