The Kinsale Bay Food Company have celebrated their recent success at the ‘FreeFrom Food Awards’ 2017. The awards acknowledge quality Irish products in the ‘free from’ sector, be it gluten-free, dairy-free, wheat-free, or any of the 14 allergens.

Kinsale Bay Food Company won three awards on the night, their Mushroom Soup which received the Gold Award; while their Cottage Pie and Shepherd’s Pie each received a Silver Award in the Ready Meal Category. 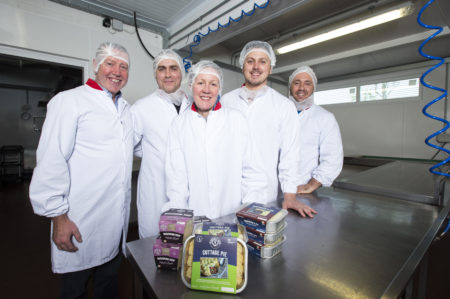 The FreeFrom Food Awards celebrate quality Irish food products in the “free from” market. Having originated in the UK, the awards came to Ireland in 2016 to promote quality and seek out diversity. With huge growth in the “free from” sector in recent years, the awards showcase and acknowledge the many quality Irish products available to consumers, be it gluten-free, dairy-free, wheat-free, or any of the 14 allergens which limit consumers’ diets.

With over 100 brands competing against each other, Kinsale Bay Food Company beat off stiff competition in their categories and came out on top with their Mushroom Soup which received the Gold Award; while their Cottage Pie and Shepherd’s Pie each received a Silver Award on the night in the Ready Meal Category. Using the freshest locally sourced ingredients, the Cork food company is committed to producing their innovative gluten free products to the highest standard in their gluten-free kitchens in Cork.

This is not the only Gold Award Kinsale Bay Food Company’s Mushroom Soup has won, in 2014 it received a Gold Star at the Great Taste awards, one of the highest honours for food products internationally. The latest awards will join this and the many other accolades won by the Kinsale Bay Food Company over the years including a Gold and Bronze at Blas na hEireann 2016 for their Chicken Liver Pâté with Red Onion Marmalade and Chicken Liver Pâté with Red Pepper Relish respectively.

From humble beginnings in 2008, selling various products in the Kinsale town market, the independently family owned company is now selling their Gluten Free range to supermarket and independent stores nationwide, fulfilling their mission to make wholesome gluten-free ready to eat food with a quality taste, using locally sourced ingredients and making them available to Irish consumers.

Speaking about the recent awards, Jim O’Mahoney, owner of Kinsale Bay Food Company stated: “We are thrilled here at Kinsale Bay Food Company after winning three awards at this prestigious national food event which celebrate products like ours. We were up against very strong category competition so it’s a great achievement for us. So much hard work and dedication is put into producing the finest quality gluten free products and it is fantastic to see our team’s hard work being recognised. Being gluten free does not mean you have to sacrifice on quality or taste, and our products are an exact representation of this.” 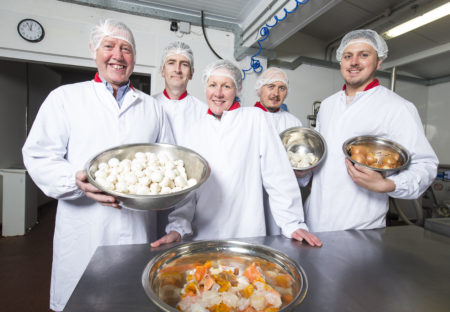 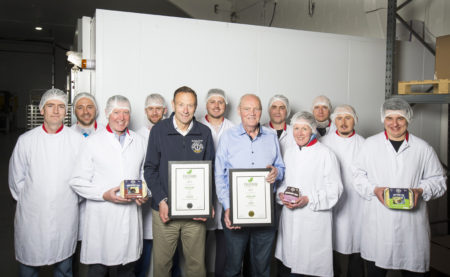