An Taoiseach Enda Kenny TD, and Minister for Arts, Heritage, Regional, Rural and Gaeltacht Affairs, Heather Humphreys TD, were joined by members of the Cork City Culture Team to launch the Cork City Culture and Creativity Plan, as part of the Creative Ireland Programme, at a special event in Dublin Castle.

Cork City Council are the local authority for Cork City

The development of Culture Plans for every county is a cornerstone of Pillar 2 of the Creative Ireland Programme – Enabling Creativity in Every County. Since the launch of Creative Ireland in December 2016, every Local Authority has established a Culture Team which includes arts officers, heritage officers, librarians, museum and gallery curators, led by a local Creative Ireland coordinator.  Each Team has now put together a plan for their county to encourage communities and citizens to engage, participate and enable their creative potential.

“I would like to sincerely thank all of the Culture Teams in Cork City who have been working so hard in recent months to help us realise some of the key ambitions in the Creative Ireland programme. Cork City already has a vibrant cultural scene and through Creative Ireland we want to see more people in Cork City participating in the arts locally.

“Through Creative Ireland we want to create an ecosystem of creativity in Cork City and every other county nationwide; we want to see more people not just attending the theatre or going to a cultural event, we want to see them getting involved. In this way, we can help to build happier, healthier communities.

“The power of culture cannot be overestimated; arts and culture can open our minds, enliven our communities and enrich our children’s lives. The development of a Culture Plan is an important commitment in the Action Plan for Rural Development, because we believe that culture should be part of the development of every community, be it rural, urban, or somewhere in between. I look forward to seeing this plan being implemented in       Cork City in the coming months, to see Creative Ireland in action.” 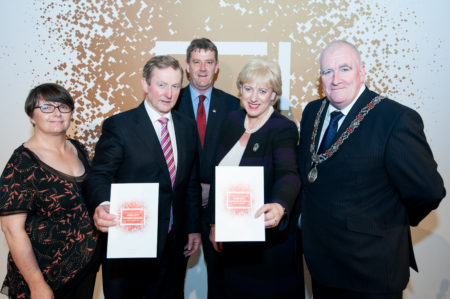