Heineken Ireland – which has its head office at Lady’s Well Brewery, Cork City – today published its 2016 Sustainability Report. It provides an update on the progress made in meeting the firm’s ambitious sustainability targets as part of its ‘Brewing a Better World’ strategy.

Heineken global sustainability efforts are focused on six core areas where they and their stakeholders believe the biggest impact can be made; protecting water resources, reducing CO2 emissions, sourcing sustainably, advocating responsible consumption, promoting health and safety and growing with our communities.

The report summarises Heineken Ireland’s achievements so far as:

Heineken Ireland is on a 10-year sustainability journey through its ‘Brewing a Better World’ programme. Launched in 2010, this programme sets clear 2020 sustainability commitments for the Irish business to achieve. 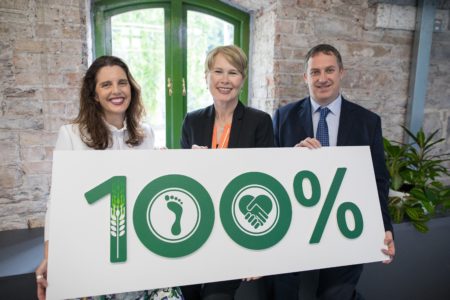 “We are 100% committed to sustainability. We look at sustainability from barley to bar and our journey is a true team effort with all of our stakeholders. We can only achieve our ambition through the ongoing efforts of our colleagues and stakeholders and we are very grateful for the great work undertaken to date. Over the past year, we are delighted with our sustainability performance and have exceeded many targets and sourcing local is key to this.”