By TheCork.ie on 6th June, 2017Comments Off on WEST CORK: Fundraising underway for Clonakilty Youth Centre 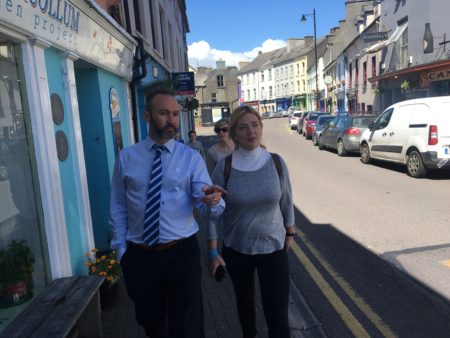 The Ireland South MEP made the call after meeting with outgoing Clonakilty Mayor Anthony McDermott who showed her and County Councillor Paul Hayes the site for the centre and plans for further development.

“This is a fantastic project and one that will bring real benefits, not just for the young people of the town but for the whole area,” she said. “It is one of the many projects across Ireland that has fallen foul of the preposterous changes to the LEADER Programme but the people of the area are not letting that defeat them and have begun a fundraising campaign to secure the buildings needed to keep the project going. I would urge everyone to get behind the campaign and do what they can to support it. For my part I will be looking into possible European avenues for funding including possible NEETs funding once the centre gets going.”

Cork County Councillor Paul Hayes has also vowed to keep fighting for the project in the County Council. He told TheCork.ie “The enthusiasm local people have for the campaign, illustrated by none better than the tireless Mayor Anthony McDermott shows just what an impact it would have on the area.”