More than 350 Irish food and drink industry leaders will gather for Bord Bia’s biannual Food and Drink awards, hosted by Broadcaster Miriam O’Callaghan, on Wednesday 29th November in the RDS Concert Hall. Bord Bia has announced the details of 24 companies who have been shortlisted for these awards which recognise excellence and celebrate success in Ireland’s largest indigenous industry. The shortlist, which represents the most progressive, ambitious and forward-looking companies in Ireland’s thriving food and drink industry, includes three Cork businesses: 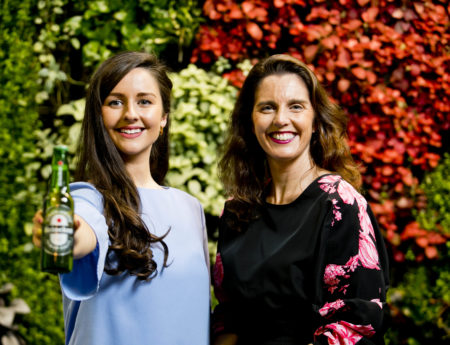 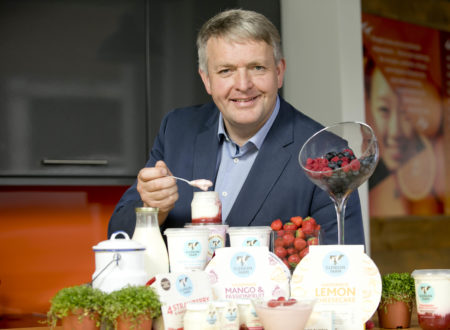 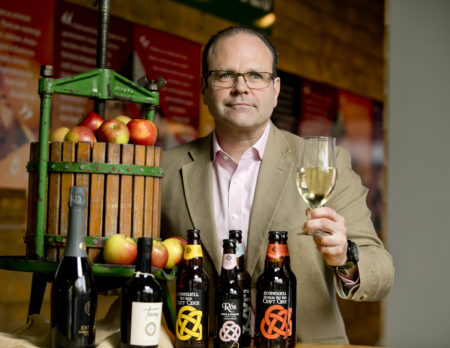 A record number of quality submissions were received by Bord Bia which were then analysed by a team of seven independent judges* with extensive experience in business, global markets, media, marketing, and sustainability. Following a comprehensive judging process, the shortlisted companies have been selected.

Glenilen Farm and Stonewell Cider will compete in the Entrepreneurial Award category which recognises individuals or companies who have shown true entrepreneurial flair. It rewards commitment, leadership and self-belief, either to create a new and successful business, or to radically improve, or turn around, the performance of an existing one.

Stonewell Cider is an independent Irish cider company dedicated to the creation of real cider using only natural ingredients. Now having a well-established niche within the Irish market, the company has recently expanded into France with plans to further develop export markets. Glenilen Farm, a dairy business founded by Alan and Valerie Kingston, has grown into a €5m business employing 40 people in Drimoleage. They are currently building a new visitor centre which will encourage more tourists to West Cork and help to support the local community. Future plans for the business include continued new product development and an increased focus on export markets outside of the UK. This includes the hiring of new staff to drive export sales in mainland Europe.

The full list of shortlisted companies under each category is as follows;

The companies shortlisted for this award have demonstrated that they have differentiated themselves from competitors by using creative marketing communications, consumer insight and understanding to develop brand strategies ensuring long term success. The shortlist includes: Britvic Ireland (Club Orange); Diageo (Baileys); The Shed Distillery of PJ Rigney (Drumshanbo Gunpowder Irish Gin); and The Happy Pear.

This award recognises businesses who have demonstrated how research and the identification of consumer insight has led to an improved or new understanding of the consumer in a particular market, leading to commercial growth. The shortlist in this category includes: Glanbia Ireland; Butlers Chocolate; Glenisk and Britvic Ireland.

The companies shortlisted for this award have shown how the imaginative use of digital platforms, either on their own or in conjunction with traditional media, can strengthen brand performance and enhance the profitability of the company. The shortlist in this category includes: The Little Milk Company; Glanbia Ireland; Flahavans; and The Happy Pear.

This award recognises individuals or companies who have shown true entrepreneurial flair. It rewards commitment, leadership and self-belief, either to create a new and successful business, or to radically improve, or turn around, the performance of an existing one. The shortlist includes: Glenilen Farm; Gallaghers Bakery; and Stonewell Cider.

This award recognises the outstanding achievement of Irish food and drink companies who continue to grow their business based on strategic planning, consumer insight and effective use of resources in overseas markets. The shortlist is divided into two distinct categories and includes the following smaller companies, Silver Hill Foods; The Little Milk Company; Butlers Chocolates; and Good4U and larger companies, Green Isle Foods; Kerry Group; Dawn Meats; and ABP Food Group.

The companies shortlisted for this award have demonstrated that they are thinking ahead and proactively tracking the changing consumer landscape to develop original products and deliver solutions to meet ever-evolving consumer needs. The shortlist includes: Pip & Pear; Glanbia Ireland; Wicklow Way Wines; and ABP Food Group.

Glenilen Farm is a dairy business based in West Cork founded by Alan and Valerie Kingston more than 20 years ago. The business produces a range of natural farmhouse yoghurts, desserts, butter and cream. When the Kingston’s began selling products made at local markets, they never dreamed that one day that would be selling into Sainsburys UK. The business began on their dairy farm in the picturesque village of Drimoleague when Valerie began adding value to their milk supply turning it into yoghurt and cheesecakes. The couple soon realised how much they enjoyed making products from their own milk and began experimenting with recipes using fruit from their garden. They quickly identified the consumer demand for a natural farmhouse brand filling a space in a multi-national dominated category and their glass yoghurt jar became a marker for how the company has innovated in order to capture the attention of the consumer. In 2008, the Kingston’s developed a new brand in order to bring their handmade range of products to life on the supermarket shelf and invested in a new purpose built production facility, moving the business from a manual production unit to a semi-automated environment. Alan and Valerie‘s values and ethos continue to form part of each decision that it made for the Glenilen Farm brand which has grown into a €5m business employing 40 people in the local village of Drimoleage. Supporting the local community is hugely important to them and the Drimoleague WalkWays pass directly by Glenilen Farm on the Ilen River. They are currently building a new visitor centre which will encourage more tourists to West Cork and help to support the local community. Future plans for the business include continued new product development and an increased focus on export markets outside of the UK. This includes the hiring of new staff to drive export sales in mainland Europe.

HEINEKEN Ireland is a wholly owned subsidiary of HEINEKEN N.V. and is a leading beer and cider company in the Irish marketplace based in Cork since 1856. Since 2010, the company has been on a journey towards achieving 2020 sustainability commitments as outlined in its “Brewing a Better World” programme as part of Origin Green. This is a comprehensive and integrated sustainability strategy built around one of the company’s core values “Respect for people and the planet”. The strategy was devised following a series of ‘expert meetings’ that brought stakeholders together including NGOs such as Greenpeace and Amnesty International, scientists, industry and governments, along with internal specialists, to share insights on sustainability performance, thinking and future plans. It focuses on six areas including ‘Protecting Water Resources’ which includes work with water metering partners such as Ecolab to optimise water usage.; ‘Reducing CO₂ Emissions’ which includes the installation of a new CO₂ Recovery Plant.; ‘Sustainable Sourcing’ from local farmers and suppliers where possible; ‘Advocating Responsible Consumption’ including building partnerships to address alcohol related harm; ‘Promoting Health and Safety’ in order to reduce work-place accidents; and ‘Growing with our Communities’ to encourage staff to actively contribute to their local communities. Highlights from the company’s 2016 Sustainability Report include: a total reduction in water usage per hectolitre of beer of 8% since 2008 and becoming one of the most water-efficient breweries in HEINEKEN globally; the conversion to 100% renewable electricity resulting in a 52% reduction in CO₂ emissions per hl from production since 2008; a reduction in CO₂ emissions of 13.6% per hl from distribution since 2010; 100% of malted barley is now sourced from Irish farmers; over 50 community contributions amounting to €465,000 in 2016; 10% of Heineken® media spend focused on responsible consumption including the launch of the “When you Drive, Never Drink” campaign; donations of almost €10,000 and over 1,600 hours to local causes through the ‘Growing with our Communities’ volunteering programme; and a 57% reduction in accidents across the company.

Founded in 2010 by Daniel and Geraldine Emerson in Nohoval, Co. Cork. Stonewell is an independent Irish cider company dedicated to the creation of real cider using only natural ingredients – simply apple juice and yeast. In 2015 Stonewell Cider, the first in the modern era of independent cider makers, had attained a well-established niche within its domestic market. However, to enable the business to continue to grow and reduce its over dependence upon one geographical territory, overseas expansion was an essential step. As a very small company financial and operational resources were tight so traditional routes of mass market distribution were excluded. The company decided to prioritise France for an initial focus but knew that this would require securing a major local partner with an aligned strategy and Country-specific expertise. The company engaged in three major activities in order to become immersed in this new market. This included the re-development of its online platforms to allow for a multilingual capability and the development of social media platforms focused on the French market; leveraging the Irish diaspora in the country in order to create a community of Irish expats to drive awareness of Stonewell in France; and aligning Stonewell with the established Irish pub culture in the country. These efforts lead to an increased number of points of sale in France, a raising general awareness in the market and ultimately, contact with Carlsberg France who subsequently signed a 5-year distribution contract. The key to developing this foothold was the relentless effort and determination of a small team to succeed in a new market. As a result of this contract, the company has created three new posts, effectively doubling its level of direct employment. Such is the success of the Carlsberg France campaign Stonewell expects to surpass its domestic market volumes in year three of the contract and will use this as the blueprint for future export growth. It has already identified three overseas territories in which it will deploy the strategy as used in France enabling the company to grow substantially whilst minimising risk of over-dependence upon one market.

The overall award winners in each category will be announced at a Gala Luncheon at the RDS Concert Hall on Wednesday 29th November 2017. For further information visit www.bordbia.ie/awards