Sinn Féin MEP Liadh Ní Riada has reiterated her call for the introduction of a public banking system in Ireland.

The Cork based MEP raised the issue of a Public banking System once again as it emerged that both AIB and Bank of Ireland “have found themselves embroiled in a scandal involving facilitating customers with the movement of funds offshore to avoid paying tax.” she said.

Ms Ní Riada said the creation of a public system would allow for a people-centred alternative to the greed of establishment banks.

“It is outrageous and disgusting that banks which have caused so much hardship for people in this country are getting away with delivering another huge slap in the face of Irish taxpayers,” she said.

“These so called ‘pillar banks’ are treating the Irish people with absolute contempt. At a time when our public services are stretched beyond capacity in many sectors, it is unacceptable that they are aiding and abetting their most well-off customers in dodging the tax they owe. 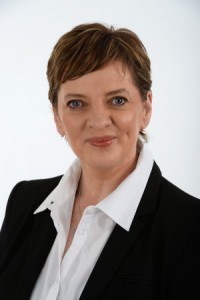 “Coming after the tracker mortgage scandal, the bailout, the dirt scandal, overcharging; this latest heist on the public purse demands a real response from the Government.

“There is only one solution to end this duopoly and offer the people of Ireland an ethical alternative. A truly public banking model which will serve the interests’ of people, must be introduced without delay.

“I have been advocating for the introduction of a public banking system for Ireland since the beginning of my mandate in Europe and have also met many advocacy groups who support this model. In fact I had a hearing in the European Parliament on the issue.

“Public banking models have been proven to work in many European Countries, most notably in Germany where Sparkasse is the largest banking operation.

“This model provides loans to businesses, tradespeople, public cooperatives and extends to the personal lending market in the form of loans and mortgages.

“The basis of this model is that it serves the best interests of its customers first and reinvests its income, including profits, back into society.

“The greed of the current banking system in Ireland, which has caused so much paying, worry and anguish for so many people, must be ended. It can only be ended with the introduction of a public banking model.”