FOROIGE: Youth entrepreneurship programme off to a flying start in Cork

Foróige’s youth entrepreneurship programme is being brought to Cork for the first time. Last week Foróige brought together and trained 15 trainers, in Vienna Woods Hotel, who will roll-out the programme in the coming year in Cork.

The programme is called the Network For Teaching Entrepreneurship programme, (NFTE). It is an international programme and young people who take part are gaining opportunities not only within their communities but also at the national, European and international level. Each year a group of young people are chosen to represent Ireland in at the Global Showcase Gala in New York and the European finals.

Many of these hope to immediately begin to roll out the NFTE programme to young people in projects and schools in their areas. 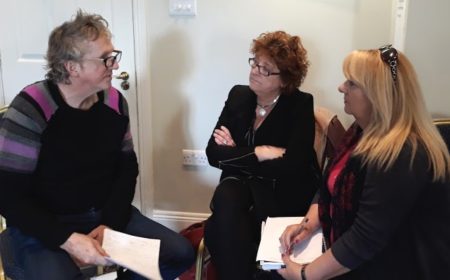 NFTE has been running in Ireland since 2004 and almost 10,000 young people have taken part in the programme since then. At any one time, there are more than 1,000 young people participating in the NFTE programme in sites around the country.

Foróige in Cork appreciates the opportunity to roll out the NFTE training to young people in the Cork region and acknowledges the support received from its funder Basis.Point. With this funding Foróige are now in a position in Cork to offer this exciting new programme which provides the following for young people:

Caroline Cooke, Senior Youth Officer with Foróige said “The best thing about NFTE is that it’s open to everyone. Whether its local businesses coming on board, a mentor who could be a guest speaker or sit on the Dragon’s Den; a teacher or youth worker to roll out the programme; a young person with a passion, belief, interest in entrepreneurship; or volunteers to help co-facilitate and support NFTE trade fairs & business camps.

“NFTE makes a positive impact on young people that they bring with them into every area of their lives for a brighter, better future.

“We wish all the newly trained CET’s and young people the very best of luck with NFTE in Cork.”