Nano Nagle Place was officially opened yesterday by the former President of Ireland, Mary McAleese in the presence of the Lord Mayor of Cork, Cllr. Tony Fitzgerald. 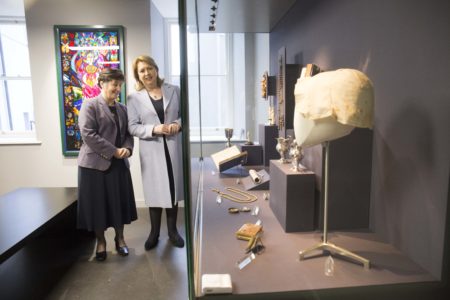 Following a €10.5 million redevelopment of the former site of the South Presentation Convent and School, Nano Nagle Place is now an unexpected oasis in the centre of bustling Cork City, named after the Presentation Congregation founder and Ireland’s pioneer of Catholic education Nano Nagle. Plans for this new lease of life for the historic site on Douglas Street in Cork City were unveiled at an event on the site in February 2014.

The redevelopment transformed the historic 18th century site, and today Nano Nagle Place houses an impressive heritage centre, tranquil gardens and Nano Nagle’s tomb (free to the public), a garden café, a design shop, education spaces, the Lantern Project, and Cork Migrants community inclusion projects. It is also home to a small resident community of Presentation Sisters, and the beautifully regenerated 1779 convent building holds the archives of the Congregation.

Speaking at the opening, former President of Ireland, Dr Mary McAleese spoke of about how proud we should be of our heritage and of people like Nano Nagle. She said “Now they have remade this place as a living showcase of the depth and breadth of Nano Nagle’s work, a place where the history she made is told and the work of care continues in these changed times. Congratulations to all those who worked to bring new life to the magnificent heritage buildings on this site and to complement them with the fine new structures.” 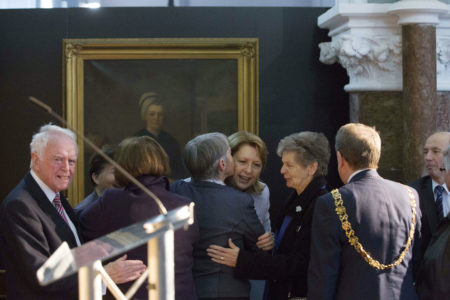 The launch of Nano Nagle Place was a packed event attended by invited guests from the Cork community including neighbours and former students. RTE’s Ger Canning, a former teacher at the South Presentation Secondary School from 1973-1990, was the MC for the launch and spoke of his time there saying “I am honoured to have been asked to MC this event and to be associated with Nano Nagle Place. I have such fond memories of this place and am delighted to see the amazing transformation it has undergone.”

Lord Mayor of Cork, Cllr Tony Fitzgerald echoed Ger Canning’s sentiments and highlighted some of the key benefits Nano Nagle Place will bring to the Cork community: “Nano Nagle Place is a fabulous addition to the Cork City Historic Tourist Trail. It houses an incredible and globally famous story which will attract people from around the world. Nano Nagle Place is situated in the heart of Cork’s South Parish and I know the surrounding community are proud that the legacy of such a great Cork woman is now going to be celebrated and shared with future generations.”

Chairman of Nano Nagle Place, Jim Corr extended special thanks to all those involved in bringing this project to fruition: “Today marks a very special day as we officially open Nano Nagle Place – a sacred place celebrating Nano Nagle’s vision of empowerment through education, community inclusion and spiritual engagement for a contemporary world. Special thanks to all involved, in particular the Presentation Sisters and my fellow Board members. Nano Nagle Place is now a place of heritage, reflection and welcome, attracting visitors to the region from far and wide, as well as playing a vital role in the local community as a sustainable community resource.” 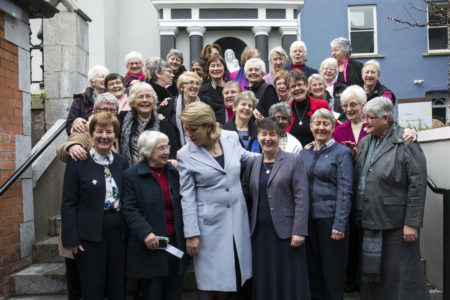 The event also saw Presentation Sisters travel from all over Ireland and the world to attend the official launch. Speaking at the event, Sr Mary Deane, Congregational Leader of the Presentation Sisters Union spoke about how far the Presentation Sisters have come and what Nano Nagle Place means to them: “The timing of the official opening of Nano Nagle Place could not be more apt as in 2018 we will celebrate the tercentenary of the birth of Nano Nagle. Today we celebrate the transformation that is Nano Nagle Place. It is truly amazing and we are grateful to so many who have made this possible. Nano Nagle Place holds the vision and the dream that honours the past and yet is an expression of our living heritage. It is a prophetic witness of the power of Nano’s story and our story in finding new ways to respond to the needs of our world today in order to be a sign of hope for the future.”

Nano Nagle Place is open seven days a week from 10am to 5pm, including Sundays and Bank Holidays. It is free to visit Nano Nagle’s tomb, and the gardens; while interactive heritage experience tells the story of 18th Century Cork, Nano Nagle’s inspiring work and the lives and work of the Presentation Sisters over time, and today.

Plans for a new lease of life for the historic 18th century site of the South Presentation Convent and School were unveiled at an official launch in February 2014. The €10.5 million redevelopment of the South Presentation site, which has since been renamed Nano Nagle Place and was designed to preserve the heritage, ethos and philosophy of Nano Nagle and her pioneering work in education for the poor and underprivileged.

Work on Phase One of the development is now complete and it was opened to the public in July 2017. Phase Two will see the completion of the Western Apex on the corner of the site. Planning Permission was sought and granted for the development of an educational facility and work is currently underway.

An agreement is in place with an educational tenant whose ethos and activities are compatible with the elements already developed. Finalisation of matters regarding use of this portion of the site will take place over the next six months and an official announcement will be made in due course.

Nano Nagle Place is a registered charity (20077921) and is working towards full compliance of The Governance Code, a code of practice for good governance of community, voluntary and charitable organisations in Ireland.

Nano (Honora) Nagle was born in Ballygriffin, Co. Cork in 1718. She came from a wealthy family and was educated on the continent. On returning to Ireland and witnessing the huge gap between the wealthy and the poor she started her charitable work. Ministering to the poor of Cork she became affectionately known as the “Lady of the Lantern”.

Recognising that education was the key to a better life she opened her first school sometime around 1750 in defiance of the legal prohibition (at a time when educating Catholics could carry a jail term of 3 months), with the enrolment of 30 girls in a two-room cabin. By 1758, dotted throughout the city, she had seven schools catering for several hundred pupils. With the help of money provided by her family she later acquired the South Presentation site.

To ensure the continuation of her work, Nano founded a new religious order on Christmas Eve, 1775. Nano took simple vows with her three companions on June 24th, 1776, aged 58.

Thereafter, her order, the Presentation Sisters spread their wings in Ireland and literally to every corner of the world. Inspired by her example, Edmund Rice founded both the Christian and Presentation Brothers.

Nano Nagle passed away at the age of 66 on April 26th, 1784 and is buried in the cemetery in the South Presentation grounds. Nano Nagle’s tomb has always been a site of pilgrimage for visitors and locals alike and will once again soon be open as a special place to visit in the heart of Cork.

Her cause for canonisation is being actively promoted. Having previously been declared a “Servant of God” 19 years ago, on October 31st, 2013 Pope Francis bestowed the title of “Venerable” on Nano Nagle. This announcement means that Nano Nagle is on the second of four steps to sainthood.

Nano Nagle was voted ‘Ireland’s Greatest Woman’ in a competition run by RTE’s Marian Finucane Show in 2005. Margaret MacCurtain, the eminent historian who has written extensively on women in Irish history and society, gave as her assessment when asked, approaching the millennium, that Nano Nagle would merit the title of Woman of the Millennium.