The money was raised over the Christmas period as all the market traders came together to collect as much as they could to support the non-profit organisation that provides a specialised treatment programme for people who self-harm or who have been bereaved by suicide. Each trader had collection boxes at their stalls and encouraged customers to give as much or as little as they could. 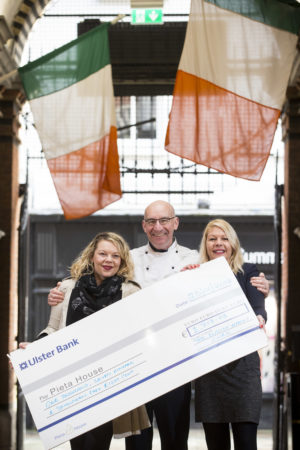 Every Christmas The English Market nominate a charity to raise vital funds for and this year Pieta House were the worthy recipients of the money raised.
Photo: Cathal Noonan

Speaking about choosing Pieta House this year, Órla Lannin, Manager of The English Market said “I am so delighted to be presenting this cheque to Pieta House. In the past, we have supported children’s charities at Christmas, which is the obvious charity during the festive season however this time we decided to support Pieta House, a very worthy cause. Christmas and New Year is a magical and exciting time for many, but for many others unfortunately it can be a lonely and anxious time, especially for those who have lost loved ones. We want those people who are suffering to know we recognise this and we support them.” 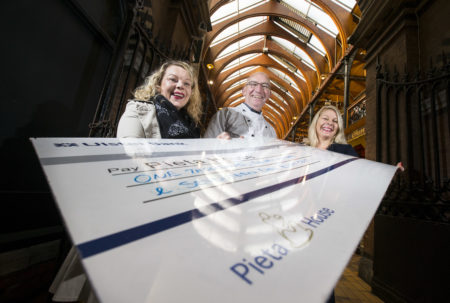 Accepting the cheque on behalf of Pieta House was Angela Horgan, Funding & Advocacy Coordinator, Pieta House Cork. Speaking at the cheque presentation she said “We are hugely grateful to The English Market team, traders and customers as the money they have raised will go a long way in helping us support those touched by suicide and those who need a place and support network they can turn to in tough times. It is such a huge honour to be chosen as The English Market’s Christmas charity and I want to thank them very much. From everyone at Pieta House but most importantly the men, women and children who use this service, a service that is free because of the support like this that we receive”.