Today was a milestone day for someone, somewhere whose life will be saved thanks to the 50th blood donation from Consultant Anaesthetist at Mater Private Cork, Dr Kieran Hogan. 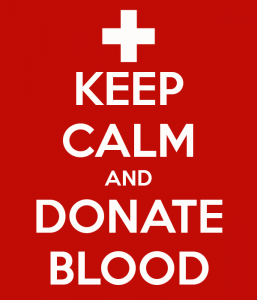 In Ireland, every week, more than 1000 people receive blood transfusions. However, just 3% give blood. On a given day, there can be just four days’ supply remaining.

Dr Kieran Hogan (41), who is married to Rosie and the father of three young children, said: “I’ve never needed a blood transfusion myself thankfully, but as an anaesthetist, I have administered many units of blood products to my patients over the last seventeen years in the operating theatre and the intensive care unit. Blood is a scarce, precious resource and I’ve always strived to use it as responsibly and effectively as possible.”

Dr Hogan started giving blood as a medical student in the early 1990s and continued to donate every three or four months after that, including during his six years in Australia from 2006 to 2012. He now donates blood at St Finbarr’s Hospital in Cork.

Blood, which has four main components – plasma, red blood cells, white blood cells and platelets – transports oxygen and nutrients throughout the body, forms blood clots to prevent and stop bleeding, transports cells and antibodies that help fight infection and brings waste to the kidneys and liver.

The CEO of Mater Private Cork, Donna Roche, paid tribute to Dr Kieran Hogan on the occasion of his 50th donation: “The Irish Blood Transfusion Service Board has a difficult and ongoing task of collecting enough blood to meet the needs of patients all over the country. Dr Kieran Hogan knows only too well from his career that donated blood saves lives. A person who has a stomach ulcer or has suffered trauma due to a car crash may require 30 units of blood. More of us should follow Kieran’s example and help the IBTSB achieve the weekly requirement of up to 3,000 blood donations every week for people who have had surgery, have a blood disorder, cancer or some other serious condition.”

Visit www.giveblood.ie or phone 1850 731137 to enquire if you are suitable to donate or discuss it with your family doctor.

“Although a little nervous at the time of my first donation, it was very straightforward, and I remember being offered a glass of Guinness afterwards (sadly no longer on offer!),” said Dr Hogan.

If you proceed to become a blood donor, allow an hour or so for the whole process and make sure you eat before you go. Giving the blood itself only takes a few minutes. Enjoy tea and a biscuit after donating your 470 millilitres/approx. one pint, in the knowledge that you have saved a life.