The new Sinn Féin President Mary Lou McDonald TD has called for a “reimagining of Ireland” and stated that the mission of Uniting Ireland is about more than ending partition.

Teachta McDonald made the remarks while delivering a keynote address on Irish Unity in Cork City Hall over the weekend. 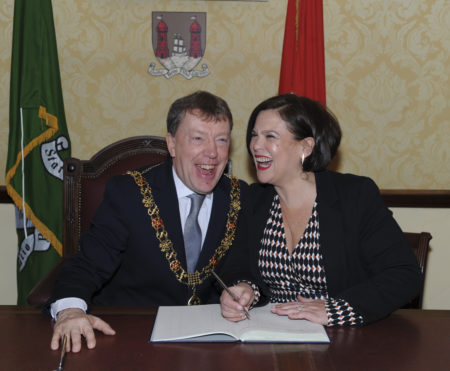 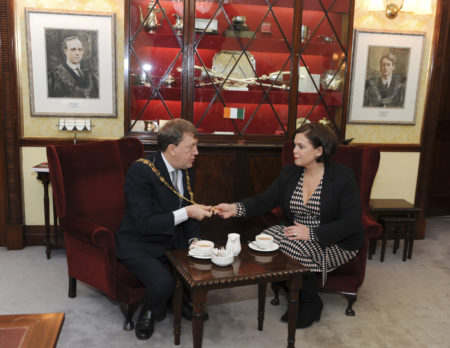 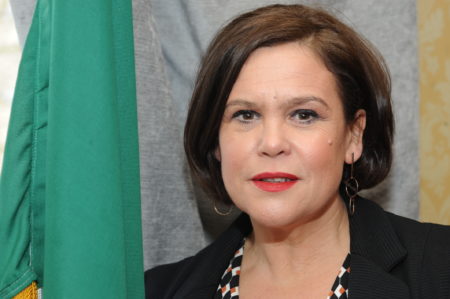 “Ending partition will only be the starting point for the New Ireland we want to create. A huge leap forward, yes. But by no means the end of our mission.

“Irish Unity, that doesn’t also bring prosperity for the ordinary people of Ireland, is meaningless to me.”

The Sinn Féin Leader said that a United Ireland must protect and strengthen was she described as “the pillar of prosperity” for working people:

“The Republic we seek to build must ring-fence and fortify certain vital areas from the sharpest edge of private capital and profiteers.

“We recognize that certain basics are fundamental to the well-being of our citizens and those necessities will never be adequately satisfied by the market.

“Protecting and enhancing the pillars of working people’s prosperity must be to the forefront for policy makers in a New Ireland.

“Housing, whether it is bought, rented or public, must be affordable.

“People must be able to see a doctor and avail of treatment based on medical need, not their ability to pay.

“Work must pay. People must have decent jobs with fair pay. Casualisation of work, precarious contracts and poverty wages are not features of a sustainable economy.

“We must fight for the very definition of a ‘job’.

“The public debate on progressive taxation must also be reshaped. Asking those who can afford to give a little more is about civic responsibility. It is a civic good.

“It is absolutely negligent for those with influence to perpetually frame the discussion on taxation as one of penalisation. We have to be brave enough to provoke a new public conversation on this issue.

“One thing is certain – we will not create a New Ireland by following the same taxation agenda – one which facilitates the creation of massive wealth while our public services crumble and workers’ rights are persistently undermined.” ENDS