TRADE UNION NEWS: Unite to stage protest in Macroom in support of IAC archaeologists set to down trowels on bypass project 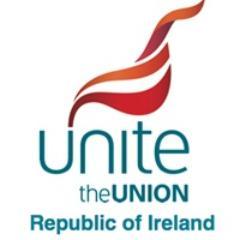 Members of Unite’s archaeology branch and supporters from around the country will be converging on Macroom town square tomorrow (Wednesday 4 July) to hold a protest in solidarity with Unite archaeologists working for the Irish Archaeological Consultancy on the Macroom Bypass scheme, who will be taking strike action from 06.00 hours tomorrow (Wednesday) until 06.00 hours on Thursday July 5th.

In a statement Unite said

The industrial action being taken by Unite members working for IAC comes on foot of the company’s refusal to engage with their workers collectively, either directly with their union or through the WRC.

Tomorrow’s protest in Macroom Town Square in solidarity with the striking workers will take place from 11 am to 2 pm.

The solidarity protest by Unite follows IAC’s decision to deploy what Unite has described as “union-busting tactics”, when IAC contacted members working on the Macroom Bypass project last Friday to give them a week’s notice of termination, claiming that the archaeological works had come to an end.

“Despite enjoying healthy and growing profits, IAC has refused to discuss a pay claim with its workers collectively. Despite the fact that IAC benefits from public contracts, such as the Macroom Bypass scheme, they have not only refused to engage with Unite directly, but have also refused to engage through the state’s industrial relations machinery, the Workplace Relations Commission.

“IAC’s treatment of its workers reached a new low last week when – in advance of tomorrow’s industrial action – they issued the workers concerned with a week’s notice of termination of employment, claiming that the archaeological works in question were coming to an end. Unite regards this as, at best, a stunning coincidence, and at worst an example of the most blatant union-busting tactics.

“I would remind the company that Unite represents archaeologists working on a number of IAC projects, and we will take all steps necessary to secure decent treatment for our members. It is now up to IAC to take the actions necessary to resolve this dispute, and they could start by engaging collectively with their workers through their union Unite”, Richie Browne concluded