Ireland South, MEP, Deirdre Clune is in favour of scrapping the clocks changing entirely. She welcomes the the news that the European Commission will recommend EU Member States abolish daylightsaving. MEP Clune has been campaigning for this for a long time and she said she is “very pleased with the outcome of the consultation”. This news comes following a public consultation on the issue. 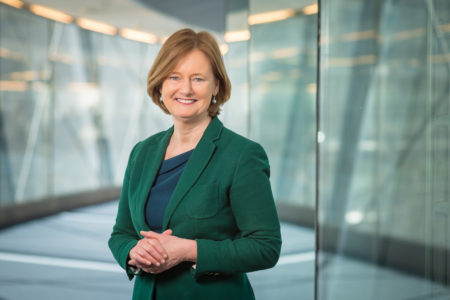 MEP Clune has described the exercise of changing the clocks as “a relic from a bygone era that no longer serves a useful purpose”.

She said: “Having brighter evenings in winter would lead to improved outcomes for road safety as the roads are statistically more dangerous from the hours of 4-7pm. There are obvious economic benefits such as reduced energy consumption because of less need for artificial light in the evenings with a consequent reduction in CO2 emissions. Brighter evenings in winter would have a positive benefit for public health.”

Summertime arrangements in the EU require that the clocks are changed twice per year in order to cater for the changing patterns of daylight and to take advantage of the available daylight in a given period.

The majority of the EU Member States have a long tradition of summertime arrangements, most of which date back as far as the First and Second World Wars or to the oil crisis in the 1970s. At the time, summertime arrangements were mainly designed to save energy. However, there have also been other motivations, such as road safety, increasing leisure opportunities stemming from longer daylight during evenings or simply to align national practices to those of neighbours or main trading partners.

Summertime arrangements at EU level exist since the 1980s and are currently governed by Directive 2000/84/EC.

Finland has asked that the bi-annual time switch be abandoned and Lithuania has called for a review of the current system in order to take into account regional and geographical differences.