One in five experiencing on-going gastrointestinal problems like bloating, excessive wind, gastric discomfort, constipation or diarrhea on a regular basis

A “Gut Check” campaign has been launched and is encouraging people to talk about their digestive health. With one in five of us experiencing on-going gastrointestinal problems like bloating, excessive wind, gastric discomfort, constipation and or diarrhea on a regular basis, many Irish people still suffer in silence despite the availability of new over the counter treatment options, simply because of embarrassment. 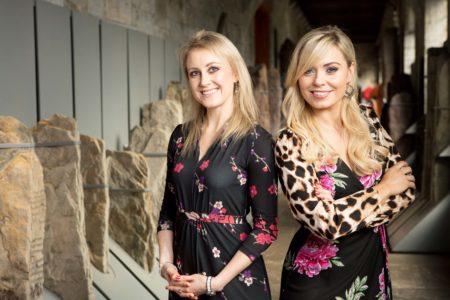 This campaign is urging people to talk about symptoms and to make small changes to diet, eating habits and general lifestyle. To incorporate exercise to daily routines and to avoid foods we already know are bad for us.

The overall aim of this campaign, which is being run by Alflorex is to make people aware of the importance of gut health.

This campaign is aimed at encouraging people who are experiencing these symptoms or feel something is just not right to go to the doctor to get checked.

Dr Deirdre O’Donovan, Gastroenterologist at the Blackrock Clinic said: “Our lifestyles are becoming less conducive to healthy eating, but if we don’t get the balance right, then the whole body suffers. Everyone’s gut is full of good bacteria, and these need to be fed in the same way that we are. For a healthy gut, people need to add fibre, eat more plant based foods, avoid too much red meat and reduce alcohol intake. Equally, exercise is important as it reduces the transit time for our food through the gut. Simple changes can make a real difference – the only challenge is getting started.”

Anna Geary, Cork Sports Star, Lifestyle Coach, Broadcaster and ‘Dancing with the Stars’ finalist said: “I’m delighted to be on involved in the Gut Check Campaign, which is focused on raising awareness about of the importance of good gut health. Maintaining a healthy gut is crucial for a healthy body and mind. I’ve always paid attention to my gut, in sport and in life, and now even more so when it comes to my health. I’d encourage you to ‘listen to your gut’ too, and if you feel something isn’t right, be proactive and seek advice.”

GP, Dr Sarah Kingston said: “When it comes to looking after your gut the key is getting diet and lifestyle right, with the addition of medication only if these measures are ineffective. Simple advice would be to eat regular meals, avoid sugary processed foods, not to eat too late at night, not to rush meals, and take regular exercise. Keeping a food diary can be helpful to identify trigger foods.”

About Alflorex
Alflorex contains its 35624 culture, it’s been clinically tested. It was awarded Best Gastrointestinal Product at the Irish Pharmacy News Awards 2016 and 2017.

Alflorex is based on the science of a patented and well documented smart strain Bifidobacterium infantis 35624 (B. infantis 35624). First discovered in Cork, this culture has been demonstrated to be safe and effective in several published studies in patients suffering from IBS. Science has shown us that not all bacterial cultures are the same. Alimentary Health’s new and breakthrough scientific research is recognised around the world as being at the cutting edge of discovery and application in precision strains of bacteria. Alflorex is available over the counter from pharmacies nationwide at €32.95 for one month’s supply of the daily capsule