THINGS TO DO IN CORK: GLOW remains Green in 2018 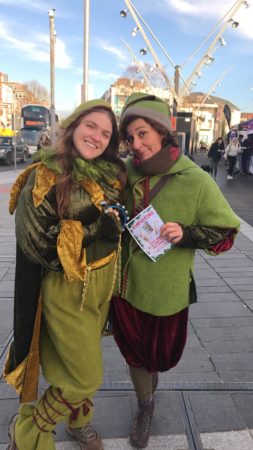 Presented by Cork City Council, Glow, A Cork Christmas Celebration returns this weekend and sees Bishop Lucey Park and the Grand Parade transformed into a hive of activity with choirs, food traders, and GLOW’s Green elves. The much-loved Ferris Wheel and the Christmas Markets open on Friday at 12noon while Bishop Lucey Park opens at 4.30pm.

The Greening of GLOW began two years ago for the 2016 festival, and successfully diverted 50% of waste produced on-site from landfill towards more sustainable practices of recycling and composting. Encouraged by this success, and in consideration of the types of waste being produced at the festival, GLOW took a giant leap in 2017 and became a ZERO landfill festival with all waste produced on site either being recycled or composted.

GLOW continues to be a zero-landfill festival in 2018 – the only bins available to visitors are compost or recycling. In the first weekend of GLOW, 0.88 tonnes of waste were diverted from landfill. This breaks down into 420kg of recyclable waste and 460kg of compostable waste. This weekend, friendly Green Elves will be on the Grand Parade to help members of the public make the right bin choice and to answer any questions that people might have about the initiative. 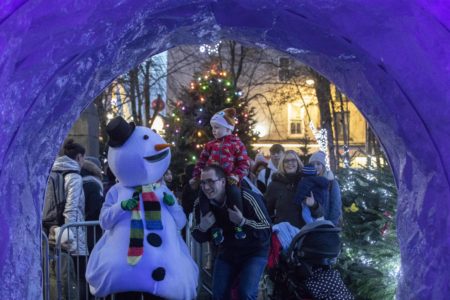