Sinn Féin Mental Health spokesperson Pat Buckley TD has slammed the claims by the Minister of State for Mental Health Jim Daly that psychiatrist vacancies in child and adolescent services can be dealt with through Skype calls. 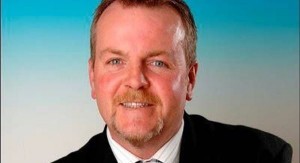 “Telemedicine can supplement direct in person healthcare but it has major drawbacks and is not the solution to Ireland’s problems. It is not a replacement.

“Minister Daly cannot seriously be claiming that in a country with serious broadband problems children in need of psychiatric care can be treated with Skype calls.

“This ignores the fact that the psychiatrist expected to do this job is already overworked and struggling to deal with their local demand.

“Telemedicine was developed for very isolated areas in developing countries. It is not the solution to the issues facing our mental health services. If anything it sounds like surrender from a government that talked big but have delivered nothing.

“One sign the government are serious about addressing psychiatric vacancies would be investment in training. This year The College of Psychiatrists of Ireland sought a 10% increase in basic specialist training, but only got half what was required.

“The Minister was more interested in how to get headlines by misleading the public on new funding for mental health on budget day than actually proving it.”