Each year the Business Information Systems (BIS) programme in UCC invites students to showcase their creative work, and to express those sides of themselves less visible in their academic studies, in its annual Anthology publication which this year is celebrating its 21st anniversary. Recent research by LinkedIn.com has shown that more employers value “soft” skills over “hard” skills and that creativity has emerged as the number one most highly valued soft skill – something that the BIS programme has been acknowledging and nurturing in students for decades.

The publication, which is sponsored by Bank of Ireland, was launched at a special event which took place at UCC recently. Among the attendees were Deputy President and Registrar of UCC, Professor John O’Halloran, members from the BIS Advisory Board, BIS students and staff. Anne Sloane, Senior Director of Global Information Services at Stryker, who is a UCC Alumni and member of the BIS Advisory Board, was MC for the event and Mr Alan Carroll, of Bank of Ireland’s UCC branch, distributed awards for outstanding contributions to this year’s Anthology. 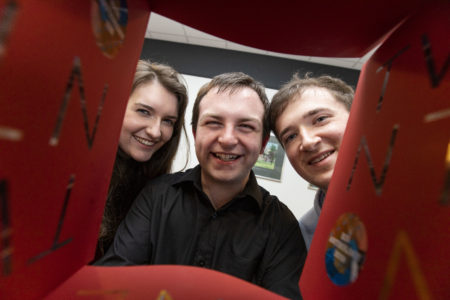 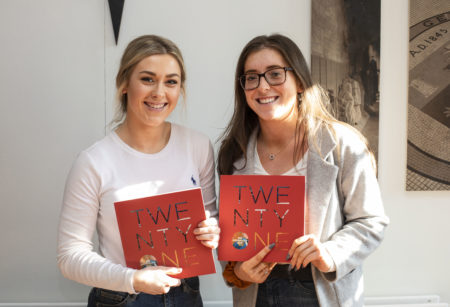 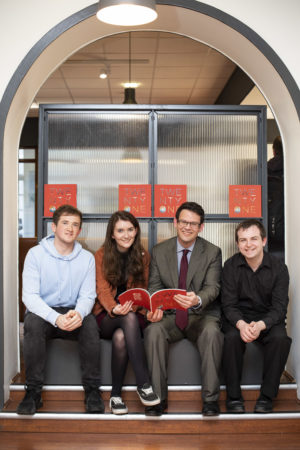 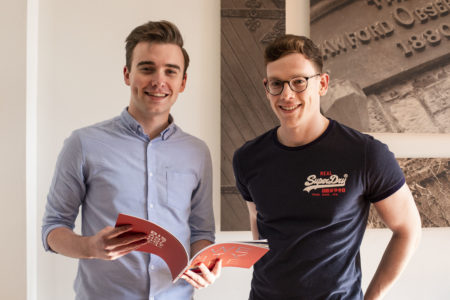 Pictured at the launch were Daniel Carroll and Cian McPeak
Photo: Cathal Noonan

Since its inception, BIS has been committed to the personal and professional development of the whole person. Speaking about this commitment, Professor Joseph Feller, Head of the Department of Business Information systems, said “Companies don’t hire degrees, and they don’t hire CV’s – they hire people. The BIS Anthology, the BIS Student Society, the BIS Industry Placement programme, these are all ways to celebrate and develop the individual person. Through these and other initiatives we help students better understand themselves, equip them to contribute to industry and society, and give them the foundation they need to build exceptional careers. I don’t want BIS students – or any university student – to think that their further education means giving up the talents and passions that make them who they are. I think higher education must seek to add to, not take away from, the uniqueness of individuals.”

This year marked the 21st volume of the BIS anthology, with 38 submissions from students across all four years of the programme, as well as 5 submissions from BIS academic and professional staff.

Speaking about the Anthology, Alan Carroll of Bank of Ireland’s UCC branch, who have been strong supporters of this initiative for years, said “At Bank of Ireland UCC, we support and continue to encourage and engage with the students on their journey through college, career and in life. Building on our long-standing relationship with UCC, we are once again proud to sponsor the BIS Anthology. College life is about much more than just academia, so it is encouraging to see so many talented young people involved in this creative publication.”

EAST CORK: €103,000 for conservation of historical structures
Previous Post
Cork based Agriculture Minister thanks Chinese Ambassador to Ireland
Next Post
Tweets by @TheCork_ie