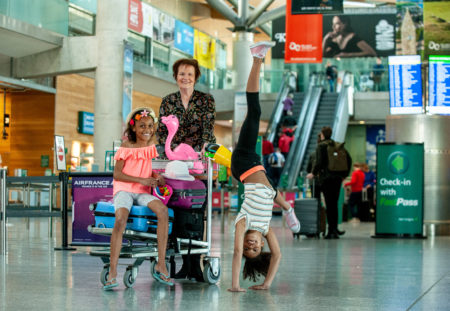 Cork Airport, Ireland’s fastest growing and most punctual airport, has officially launched its 2019 Summer Schedule with eight new routes this summer season. In total, there are now 52 routes on offer over the course of the year from Cork Airport to the UK, Continental Europe and the east coast of the USA, along with daily long-haul connectivity through major European hub airports. To download a copy of Cork Airport’s 2019 Summer Schedule, visit corkairport.com.

Aer Lingus commences two new twice-weekly routes this summer, to Dubrovnik, Croatia from May 4 to September 28 on Tuesdays and Saturdays; while its Nice, France service will run April 17 to October 23 on Sundays and Wednesdays. This will also be the first summer season for Aer Lingus’ new year-round Cork to Lisbon route, which commenced last October. It operates twice-weekly on Mondays and Fridays.

Ryanair has five new routes this summer, with Naples, Italy commencing June 2 until August 28 on Sundays and Wednesdays along with twice-weekly year-round routes to Poznań, Poland (from April 2), Budapest (from April 7) and Malta (from April 4). Ryanair’s service between Cork and Luton Airport, launched last October, will run daily throughout the summer schedule. In total, Ryanair has added an extra 45,000 seats to routes across France, Italy and Spain this summer season.

Cork Airport Managing Director Niall MacCarthy said: “We are delighted to see our two biggest airline partners, Aer Lingus and Ryanair expand their route network from Cork Airport this summer. The new routes are among the top requested destinations from our passengers. Their addition to Cork Airport’s 2019 Summer Schedule gives holidaymakers choosing to fly from Cork even greater destination choice this holiday season.”

Further destinations in Cork Airport’s 2019 Summer Schedule include a three-times weekly service to Boston Providence with Norwegian; while for lovers of France, there are flights to Bordeaux and Carcassonne (Ryanair); Paris (Aer Lingus and Air France) and Rennes (Aer Lingus). For Italy, Milan-Bergamo is served by Ryanair; and Verona by Volotea.

Both Aer Lingus and Ryanair serve Faro, Portugal; while holidaymakers can experience the delights that Spain offers with Aer Lingus and Ryanair serving Alicante, Barcelona, Malaga and Palma De Mallorca. Iberia Express will operate its twice-weekly service to Madrid from June 1. Ryanair flies to multiple destinations in the Canary Islands – Gran Canaria, Lanzarote and Tenerife – throughout the summer season; while Aer Lingus also serves Lanzarote. Flights from SWISS commence to Zurich, Switzerland on April 17.

In total, over 2.6 million are forecast to travel through Cork Airport this year, representing an increase of 8% in passenger numbers compared to 2018. Passengers planning to travel out of Cork Airport this summer are advised to arrive at least 90 minutes before their flight to avoid any unnecessary delays. It’s also advised to go directly to the security screening area once checked in. Drivers should note that there are changes to the internal road layout at Cork Airport this summer and that a new Set Down Lane, which offers 15 minutes free on the forecourt, is now in operation.