Not for a Cork radio station, but for a Waterford one! as the Airport seeks to attract passengers from elsewhere in Munster. 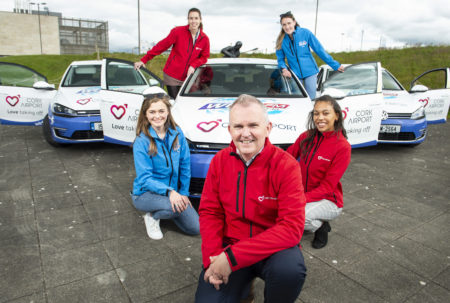 Kevin Cullinane, Head of Communications Cork Airport with Kathryn O’Dwyer and Zoe Hendrick Communications Team Cork Airport and Niamh Cullen and Charlotte Counihan WLR,Cork Airport is proud sponsor of WLR’s new Outside Broadcast Unit and three new 100% electric E Golfs. It is particularly pleasing that the new E Golfs are 100% electric. The new WLR E Golfs will be out and about on the streets of Waterford this summer, visiting the city and county’s biggest festivals and events.
Photography by Gerard McCarthy