Ryan Tubridy was back on the Wild Atlantic Way this morning to broadcast his RTÉ Radio 1 Show from Schull, West Cork, as part of Fáilte Ireland’s ‘Embrace the Wild Atlantic Way of Life’ summer marketing campaign. Earlier this summer, Ryan took his 330,000 listeners on a magical trip along the Wild Atlantic Way, broadcasting live from locations on the West Coast for a week. Schull was chosen as the location for a special follow up live broadcast following a competition amongst Ryan’s listeners to submit their suggested town, village, community or hidden gem along the route using the hashtag #sendmeonmyWildAtlanticWay via Twitter, email and text. 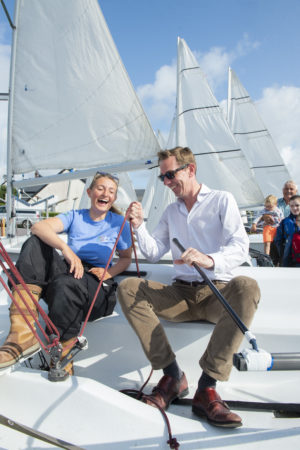