Excellence in the Irish food and drink industry was celebrated in Dingle, Co Kerry on Saturday, October 5th at the annual Blas na hÉireann Awards 2019. Continuing their winning streak – the food producers of the Dunnes Stores Simply Better Collection were presented with an impressive 35 Blas na hÉireann Awards for the specialty products they produce for the range, with 16 of those receiving the coveted Gold Award.

Now in it’s 12th year, the Awards, which are also known as The Irish Food Awards, are the biggest blind tasting competition for quality Irish produce on the island of Ireland. Developed by Blas na hÉireann with the Food Science Department of UCC and the University of Copenhagen, the awards are now recognised as an industry gold standard worldwide. Products entered are blind-tasted which creates a level playing field for products from both large and small producers and are judged by a varied panel of chefs, restaurateurs, academics, journalists, authors, caterers as well as enthusiastic home cooks.

Over 2,500 food and drink products were entered this year across over 100 categories, all hoping to win the coveted Gold, Silver and Bronze Awards, as well as key awards such as Supreme Champion, Seafood Innovation Award and Best Artisan Producer. 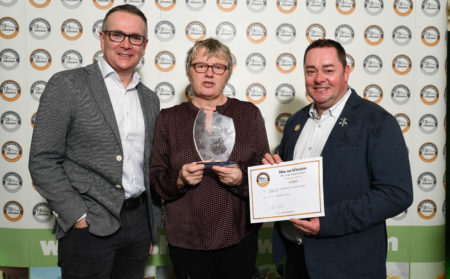 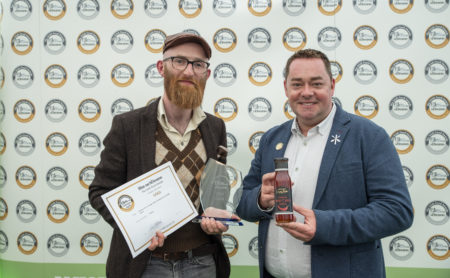 At the Awards ceremony Neven stated “I look forward to this weekend every year to celebrate fine Irish Food with those who craft it best! What is exciting about the Blas na hÉireann Awards is that there is equal opportunity for all, from the rural artisan food producers right through to the top tier of the food industry, it is open to everyone and it is always particularly exciting to see the smaller producers win big! We are delighted for all of the Simply Better food producers who received this platform of recognition today.”

Speaking after the Awards, Diarmuid Murphy, Brand Manager for Dunnes Stores Simply Better Collection stated “To receive such substantial number of awards is a dream come true for us and for our amazing Simply Better food producers. We see first hand the passion, creativity and craftsmanship that goes into developing each and every product for the Simply Better Collection, so we are thrilled that this dedication hasn’t gone unnoticed and our producers receive an accolade that is recognised, measurable and creates significant difference to their business.”

Since the Simply Better Collection was introduced in 2013 it has won over 370 national and international awards – the most for any food brand in Ireland, across a wide range of categories, including 34 awards at this year’s prestigious international Great Taste Awards. Most recently, the brand was awarded ‘Own Label Brand of the Year’ Award for the second year in a row at the Food & Drink Business Awards 2019.

These award-winning products, are available in Dunnes Stores nationwide, with even more being introduced over the coming months in the run up to Christmas. For more information on the Dunnes Stores Simply Better Collection visit www.dunnesstores.com or on social media platforms – @simplybetterDS.