A trio of Irish premiere Galas have been announced for the 64th Cork Film Festival, with the launch of the 2019 programme today (15 October). The 11-day Festival, running from 7–17 November, features the Irish premiere of Feras Fayyad’s gripping film on war-torn Syria The Cave as its Documentary Gala (15 Nov). The Irish Gala is Aoife Crehan’s comedy-drama debut The Last Right (14 Nov), while the Family Gala is Disney’s long-awaited Frozen 2 (17 Nov), ahead of its general release. It brings to five the number of Galas at this year’s festival, with Opening Gala Ordinary Love and Closing Gala The Other Lamb already announced. Over 300 films and events are included in the packed 2019 programme, with 90% of the features, documentaries and shorts having their first screening in Cork. Tickets are available at www.corkfilmfest.org from 7pm today, 15 October.

Festival Director and CEO Fiona Clark said: “Cork Film Festival has always sought to offer audiences the latest and best in world cinema — from award-winners on the international festival circuit to exciting new discoveries and home-grown talent. The breadth and quality of the programme, with 63 countries represented, reflects our ambition to celebrate the best cinema to a diverse and growing audience. With our 64-year legacy, we will continue to challenge and excite.

“The Cave, from the Oscar®-nominated director of the Last Men In Aleppo, (CFF 2017), just won the People’s Choice Documentary Award at the Toronto International Film Festival. A harrowing account of one woman’s efforts to provide medical care in war-ravaged Syria, it leads our strong and provocative slate of documentary features.”

Fiona added: “Whilst we celebrate award-winning films, we also fiercely champion new talent and emerging filmmakers with 31 debut features, including Aoife Crehan’s The Last Right as our Irish Gala. As Ireland’s first and largest film festival, we proudly showcase the best in Irish cinema, and serve as a platform for local filmmakers, supporting them in the development of their craft. A central pillar of the Festival’s mission is engaging young people in film, spearheaded by our magical Family Gala, Frozen 2.” 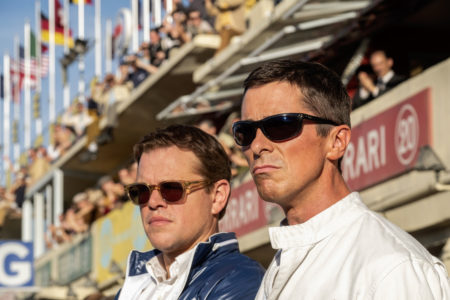 Among the stand-out documentaries is Academy Awards®-winning director Alex Gibney’s acclaimed Citizen K (11 Nov) about Mikhail Khodorkovsky, once believed to be the richest man in Russia, that reveals the dark, compelling history of post-Soviet Russia. Lost Lives (8 Nov), directed by Dermot Lavery and Michael Hewitt and based on David McKittrick’s book, will also grip audiences, documenting the lives of those who died during the Troubles in Northern Ireland. Patricio Guzman’s stunning exploration of the impact and legacy of Pinochet’s era in Chile, The Cordillera of Dreams (10 Nov), will also be screened.

From Cannes to Cork, the Cork Film Festival is the only festival in Ireland, and one of only 35 globally, to have three awards with Oscar® accreditation. Winners of the Festival’s Grand Prix Irish Short, Grand Prix International Short and the new Grand Prix Documentary Short awards will qualify for the 2021 Academy Awards® longlist. A world-class shorts programme, curated from over 4,000 submissions, including over 100 Irish and international shorts, along with 10 world premiere shorts supported by Screen Ireland. The shorts programme also includes Best of Cork, Experimental and Family Friendly screenings.

Cork Film Festival Programme Director Michael Hayden said: “One of the more pleasurable obligations of the work we do is looking out for new and emerging filmmakers. Few things give programmers as much of a thrill as discovering something brilliant made by someone no one has heard of, and the urge to share and celebrate those new voices is a responsibility to embrace.

“This year’s Cork Film Festival programme is packed with thrilling debuts, including Annie Silverstein’s Bull, an evocative portrait of lost souls in dusty Texas; Africa by Oren Gerner, a profound and personal contemplation on aging, masculinity and nationhood from Israel; Mounia Meddour’s Papicha, a fierce feminist statement set during the Algerian Civil War in the 1990s; and Alaa Eddine Aljem’s The Unknown Saint is a deadpan delight from Morocco. Grace Glowicki’s Tito is remarkable, at turns hilarious and unsettling, while Nora Fingscheidt’s System Crasher is an important and empathetic depiction of the treatment of children with mental health issues.”

Music features significantly in the 2019 programme, with documentaries that take a fresh look at cult artists. These include Brainiac: Transmissions After Zero (15 Nov); The Chills: The Triumph and Tragedy of Martin Phillipps (16 Nov); My Friend Fela (10 Nov), What Time is Death? (12 Nov); Where Does a Body End? (12 Nov) and Other Music (9 Nov), following the New York record store Other Music. The Classics programme also includes 1964 romantic French musical The Umbrellas of Cherbourg (16 Nov) and Tommy (9 Nov), the 1975 British rock film based upon The Who’s famed album.

Further classic highlights include 1967 crime film Bonnie and Clyde (9 Nov) — screened as a companion piece to Rob Garver’s documentary What She Said: the Art of Pauline Kael (8 Nov)— and the 20th anniversary screening of Stanley Kubrick’s Eyes Wide Shut (16 Nov). Families can enjoy Lunana: A Yak in the Classroom (16 Nov), the mesmerising Latvian animation Away (10 Nov) and Japanese family-fantasy animation Birthday Wonderland (9 Nov).

The popular Cork on Camera programme (16 Nov) also returns for 2019, curated from the collections at the Irish Film Institute (IFI) Irish Film Archive. These include a portrait of Cork sculptor Séamus Murphy by Oscar®-nominated documentarian Louis Marcus, Silent Art (1958); the US homage to the Aran jumper Through Erin (1978); road-movie Dark Moon Hollow (1972), and Jim Mulkern’s travelogue of two young couples touring the county, Car Touring (1965).

Looking beyond Cork city screenings, the Festival’s expanded County Programme will meet the growing demand for cultural cinema in the wider Cork region. Films include Scott Z Burns’ new political thriller The Report; Mike Newell’s family favourite Into the West; Stanley Donen and Gene Kelly’s 1952 musical classic Singin’ in the Rain; and a selection of festival shorts, Around the World in 80 Minutes. Together with a Schools’ programme of seven films, these will be screened in Principal Venue Partner The Gate Cinemas in Midleton and Mallow, and the Regal Cinema in Youghal.