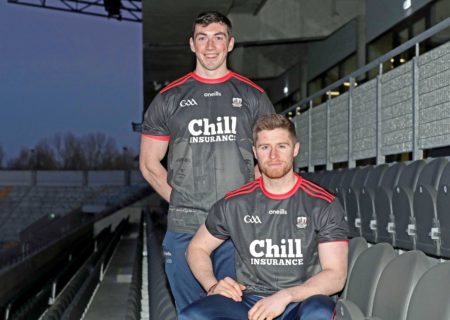 Pictured are, Sean O’Donoghue and Conor Lehane, Cork Senior Hurling, at the launch of the Cork GAA jersey to commemorate MacCurtain and McSwiney, ahead of their upcoming Allianz Hurling and Football games, at Pairc Ui Chaoimh, Cork.
Picture: Jim Coughlan 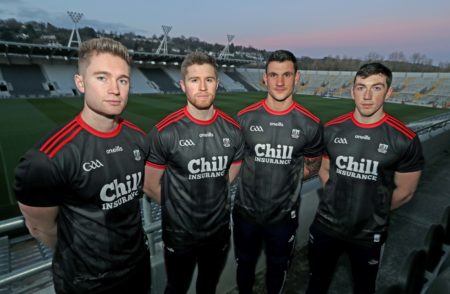 MacCurtain was the first republican Lord Mayor of Cork and was shot dead in front of his family in March 1920 by members of the Royal Irish Constabulary. His successor as Lord Mayor, Terence MacSwiney, died while on hunger strike in Brixton prison in October 1920.

The launch of the jersey is part of a programme of events in Cork to mark the 1920 centenary, a pivotal year in the city’s and country’s history. This year is also the 100th anniversary of the burning of Cork by the Black and Tans.

The Cork GAA board has previously launched a jersey to commemorate the 100th anniversary of the 1916 rising. 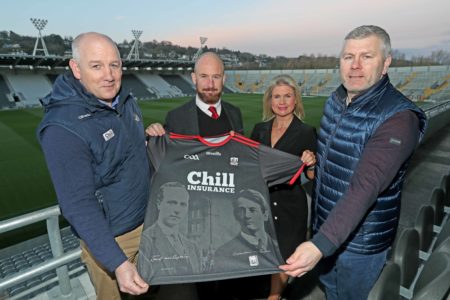