Sanita came to Ireland from Latvia in 2006 and became an Irish citizen in 2011. She lives in Ballincollig with her husband Kaspar and children Patrick (12) and Daniela (11). Sanita was part of Ireland’s 2012 Olympic rowing team and qualified for the women’s single sculls at the 2016 Summer Olympics. 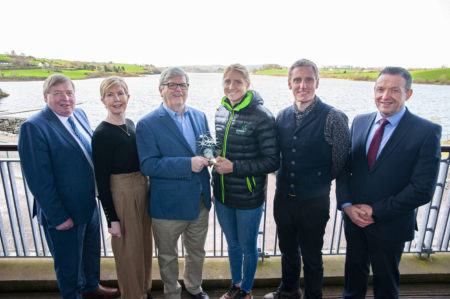 Speaking about her success, Sanita said, “This award acknowledges the hard work and dedication that goes into representing Ireland at sporting events. I’m delighted to be named Cork Person of the Month and I am proud to have the support of the people of Cork behind me, once again.”

Cork Person of the Year awards organiser Manus O’Callaghan added, “All of Cork are wishing Sanita well in the future, as this two time world-champion seems to be in the form of her life.”

Sanita Pušpure’s name will now go forward for possible selection as Cork Person of the Year at an awards lunch at year’s end.

AREA: SOUTH CORK, ENTERTAINMENT, NEWS, SPORT
Qualifying as a Taxi Driver in the UK – It’s easier than you think!
Previous Post
BUSINESS NEWS: In times of adversity, Ireland needs the beacon of hope
Next Post
Tweets by @TheCork_ie