It’s 2020 and the popularity of online streaming services is at an all-time high, and Ireland is no different.

With so many to choose from, it can be overwhelming knowing where to start, especially as more and more services are releasing their own streaming platforms just like Disney did early on in the year.

So to give you a helping hand, I have decided to put together my Top 5 Streaming Services for Ireland.

So let’s crack on and get down to it. 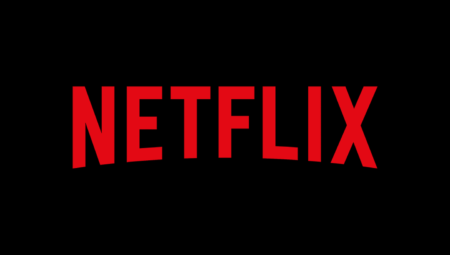 Claiming the top spot on my list is the one that started it all off, no other than the streaming platform giant… Netflix.

With over 182 million subscribers and counting, Netflix can rest assured that they are doing something right. They have an extremely large library of movies and TV shows for the Republic Of Ireland region.

One thing that sets Netflix apart from its competitors is the quality of the original content that they produce such as the TV shows Stranger Things, Orange Is The New Black and Ozark, or the movies The King, Bird Box, Bright and Fractured.

You may also want to watch The Siege Of Jadotville, which is a depiction of the battle that took place in 1961 in the Congo. A small group of Irish Guard lead by Colonel Pat Quinlan from County Kerry must hold off against a staggering amount of enemy troops.

In my opinion, Netflix is the undisputed king of video streaming, but with the rise of new platforms such as Disney +, who knows where they will be in a year.

I found WatchTVAbroad‘s guide to accessing other regions of Netflix a useful resource opening up even more films and TV shows for your subscription.

This 2020 newcomer, Disney+ has already reached 50 million subscribers in just under five months.

It’s no surprise really as they offer every single MCU (Marvel Cinematic Universe) movie and also the entire collection of the Star Wars franchise’s movies and TV shows. Plus a whole host of original content and spin-offs that are exclusive to the platform.

With Disney buying more and more studios each year, and the quality of their new offerings, I think they could give Netflix a run for its money, but time will tell.

Known initially as LoveFilm, Prime offers a fantastic selection of movies and TV shows, and like Netflix and Disney, they offer some top quality exclusives such as the critically acclaimed The Boys and Jack Ryan.

With plenty of movies now available in 4K UHD, it is easy to see why the platform is so popular. Plus, as part of your subscription, you get FREE next day delivery on your Amazon orders, which I use several times a week at the moment.

However, one downfall of this streaming platform is the fact that some of the movies on the service you have to rent or buy. Now, I understand why they have done this. But it can be frustrating when you finally find a movie you want to watch, only to find it requires additional payment.

Price: €15 for 2 months as a special offer. After which the Entertainment Pass auto-renews at €15pm, unless cancelled.

In a crowded marketplace many customers make decisions based on brand recognition. I have seen countless ads for Now TV, but didn’t realise until now that it’s owned by sky.

Now TV offer 1000s of movies and TV shows that would be found on some Sky packages, but for a fraction of the price.

With additional add-ons that are available such as Sky sports day passes, week passes and month passes, meaning you aren’t tied into lengthy contracts (which is a massive bonus if you ask me).

Plus, having Now TV’s content will make a great addition to your regular RTE channels/ RTE Player and you will have hours upon hours of the latest movies and TV shows that aren’t on RTE just yet such as Game Of Thrones, Band Of Brothers and The Wire.

Now TV offers a 14 day trial period for all new customers, so you can try before you buy.

The only downside I’ve found is that adding additional channels to your plan can be a bit pricey, especially if you want access to major Sports channels.

Apple has recently released its own streaming platform. In typical Apple fashion, it looks extremely clean and has excellent functionality and lets you use the app on up to 6 devices at once, which is pretty cool.

However, it falls short when compared to other services. Its library is relatively small in comparison to other options that you have, and if you are a fan of binge-watching TV shows, then you are out of luck.

Apple has chosen to release shows on a weekly basis, rather than following suit and releasing whole seasons at once as other providers do.

While it isn’t the best right now, I’m sure Apple will take steps to address this issue.

When it comes to streaming platforms, there is one that dominates them all, Netflix.

With their fantastic original movies and shows, it’s easy to see why.

So if you are looking for something to watch while you’re on a lunch break sipping your coffee in Cafe Diem, then you can’t go wrong with Netflix.

However, with Disney+ making an appearance early in the year, then you won’t be disappointed if you chose to use their service. Especially with their Star Wars spin-offs including the new show “The Mandalorian” which is simply brilliant.

As for the other streaming platforms, they offer a good service but are slightly behind Netflix and Disney+. In my opinion, you should only use these if you want to watch one of the exclusives available on their platform.

Any of the platforms above will make a great addition to the free RTE player that is currently available. Although, it is still in the early stages and while it shows promise, it doesn’t offer the same quality that some of the others do.

Do you use any of the above? What are your thoughts?