CORK HISTORY: There is still an ‘Earl of Cork’ also known as ‘Lord Cork’ who sits in the British House of Lords

Did you know: There is still an ‘Earl of Cork’? he lives in the UK, and served as a submarine commander in the Royal Navy

The title now has no political power in Ireland, so from a Cork perspective, it’s just an interesting part of history.

The current Earl of Cork, who is more commonly known as ‘Lord Cork’, sits in the UK House of Lords in Westminster, London. His given name is John Richard Boyle. He is the 15th Earl of Cork and Orrery. 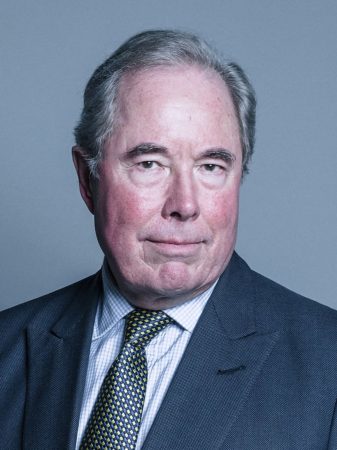 Official photograph of The current Earl of Cork and Orrery. Credit to https://beta.parliament.uk/media/UqqWzGOM

Boyle entered the Royal Navy and graduated from Royal Naval College, Dartmouth. In 1976, as a Lieutenant-Commander, he was given the command of HMS Sealion.

Boyle was first styled as Viscount Dungarvan as a courtesy title from 1995 following his father inheriting the earldoms. In time, he then inherited the title of Earl of Cork and Orrery on the death of his father, John Boyle, the 14th Earl of Cork in November 2003.

The Earldom of Cork was an Irish Peerage, which meant that the holder had a seat in the Irish House of Lords, but that was abolished in the year 1800.

However, like many Irish peers Boyle holds multiple peerages. One of these is Baron Boyle of Marston in the Peerage of Great Britain, and it was this that allowed him to stand in the by-election for the existing House of Lords in London.

In the House of Lords, Boyle is referred to by their most superior titles hence he is known as the Earl of Cork and Orrery despite being elected via his GB barony.

Page 21 of the current Roll of the Peerage states

“BOYLE: Hereditary Baron in the Peerage of the United Kingdon (hereditary peer among the 92 sitting in the House of Lords under the House of Lords Act 1999): John Richard Lord Boyle (customarily styled by superior titles Earl of Cork and Earl of Orrery). Surname: Boyle.”

So, the fact that Lord Cork currently is a member of the Lords is due to a number of different threads of circumstance coming together, it’s an interesting footnote in Irish history.