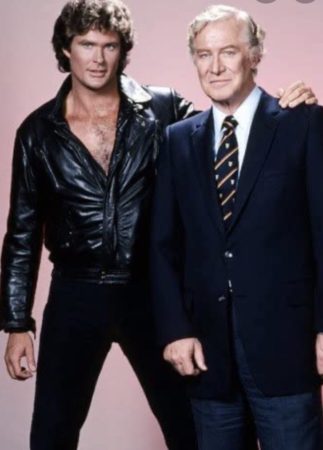 Edward Mulhare (8 April 1923 – 24 May 1997) was an Irish actor whose career spanned five decades. He is best known for his starring roles in Knight Rider. He acted with a British accent so his origins were not well publicised for many years, but now thanks to the magic of the internet we can pull together information about this interesting actor.

Mulhare, one of three brothers, was born at 22 Quaker Road, Cork City to John and Catherine (née Keane) Mulhare. They later moved a few streets South to Tonyville.

As a child, he received his education at a Christian Brothers School, and later the North Mon. After acting in various Irish venues including Cork Opera House as a 19-year old, and the Gate Theatre in Dublin, he moved to London, where he worked with Orson Welles and John Gielgud.

His best-known stage role was as Professor Higgins in the original Broadway production of My Fair Lady, having taken over the role from Rex Harrison in 1957. Indeed, Mulhare had his two greatest US successes inheriting roles that Harrison created. On television, Mulhare played the role of the ghost of Captain Daniel Gregg in the TV version of “The Ghost and Mrs. Muir”, a role Harrison had created two decades earlier in the film version.

His first television appearance was in 1956 in a production of The Adventures of Robin Hood. He was a guest panelist in 1958 on the CBS television game show What’s My Line? and appeared many more times.

By 1965, he was back in Hollywood appearing in films and television shows. He earned a role in the films Von Ryan’s Express in 1965 alongside Frank Sinatra.

Mulhare secured roles in: Our Man Flint in 1966, and Caprice in 1967. He guest-starred in television programs, including the Twelve O’Clock High episode “Siren Voices” as Luftwaffe Colonel Kurt Halland. In The Ghost & Mrs. Muir, a supernatural sitcom that ran from 1968 to 1970, he starred as Captain Daniel Gregg, and again was something of a successor to Rex Harrison, who had originated the role of “The Ghost” in the original 1947 film. He also guest-starred in “Experiment In Terra”, an episode of the original Battlestar Galactica.

Mulhare co-starred as Devon Miles, director of the Foundation for Law and Government, on Knight Rider (1982–1986), alongside David Hasselhoff’s Michael Knight.

In the mid-1980s, Mulhare hosted the television series Secrets & Mysteries, also called Secrets of the Unknown, a magazine show that examined historical mysteries and the paranormal.

Trivia: Mulhare was offered a cameo role in the 1997 release Austin Powers: International Man of Mystery. The story and plot elements of Austin Powers was largely plagiarized directly from the 1960’s spy spoof Our Man Flint where Mulhare played the villain. Sadly, Mulhare’s failing health did not allow him to participate.

He appeared in a Hart to Hart V movie in 1995. His final role was on Baywatch Nights alongside former Knight Rider co-star David Hasselhoff in 1997.

He died of lung cancer on 24 May 1997, aged 74, at his home in Van Nuys, California. He had been battling cancer for five months prior to his death. Team Knight Rider dedicated an episode titled “K.R.O.”, to Mulhare’s memory (broadcast 27 October 1997). He never married. His ashes are buried in his family plot at St. Joseph’s Cemetery, Tory Top Road, Cork. 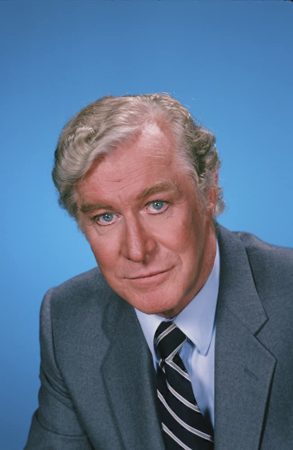 AREA: CORK CITY, AREA: SOUTH CORK, ENTERTAINMENT, NEWS
How far can I exercise near my home?
Previous Post
CORK HISTORY: There is still an ‘Earl of Cork’ also known as ‘Lord Cork’ who sits in the British House of Lords