ENTERTAINMENT: What does a Cork company have to do with James Bond? Not much – to be frank – but I needed to write a story to a deadline, so here goes!

The world of fiction contains many company names. If you like James Bond films then you may be familiar with ‘Universal Exports’ it acts as a front for the offices of the Secret Service. The suave 007 is often seen visiting his boss in the non-descript offices of ‘Universal Exports (London) Ltd’, or he poses as a grey suited businessman to avoid attention. 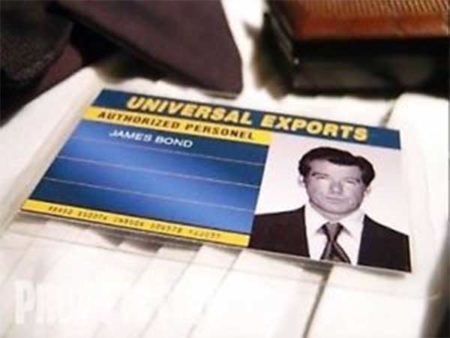 Presumably, in the world of fiction, there would also be a sister firm called ‘Universal Imports’?!

Many years ago I was surprised to see there was a company in Cork with a similar monkier; the vaguely named ‘Irish International Trading Corporation’. It turns out it is a real company, and it’s in the news today because it’s marking its 100th birthday. The impressive PLC (so large that it uses Deloitte for accounts) employs over 120 people, with annual sales of €60 million. It has a rich history being founded by what is described as “a collective of Cork business families” at the Grand Parade in Cork City Centre in 1920. 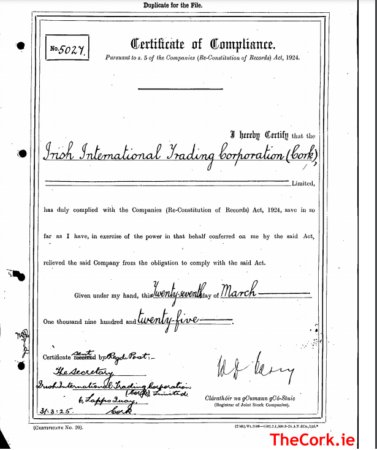 Many Company records were lost in Ireland when Government Buildings were burned in the War of Independence and Civil War. The oldest record we – in TheCork.ie – could find in the Companies Office for IITC was from 1925, which is as one would expect for this era.

The founders of IITC were “motivated by a desire to support commercial and industrial development in a new emerging Ireland”. Many of those involved today have links back to the founding families. IITC has played a key role in the development of Cork, from supplying materials to aid the rebuilding of the city after its burning in 1920 all the way through to supporting local enterprise today.

None other than the Taoiseach himself, Micheál Martin T.D., officially launched IITC’s 100-year anniversary celebrations this week. A video released today highlights the significant milestones of the business from 1920 to 2020.

Over the last 100 years, IITC has grown, developed and adapted to continue to meet customer needs as the landscape around it changed considerably. Irish International Trading Corporation is now a diverse wholesaler and retailer of Hardware, Steel, Wire, Salt, Plumbing Materials and Bathroom supplies. The business is headquartered at Tramore Road, Cork and has distribution centres in Tivoli, Cork and Osberstown, Naas, County Kildare allowing it to service the entire country.

“Today we are celebrating a success story. Indigenous businesses are the lifeblood of communities across the country, and none more so than Irish International Trading Corporation (IITC). The company was established against the backdrop of the burning of Cork and, indeed, was part of the rebuilding of the city. It has developed and evolved over the past 100 years and is a major contributor to the local and national economy. IITC was built on strong foundations and today marks another milestone in its journey. I am delighted to be celebrating IITC’s centenary and look forward to its continued success”.

“We are very proud of what IITC has achieved over the last 100 years and the contribution it makes to the local and national economy. We are delighted to celebrate this milestone and have its significance recognised by An Taoiseach, Micheál Martin, TD. Today we celebrate the people who took the brave steps to establish this company 100 years ago, along with the great team and board who continue to drive success. We look forward to a bright future for our business as we grow through investment and expansion.” 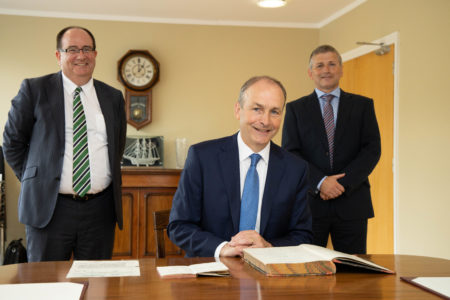 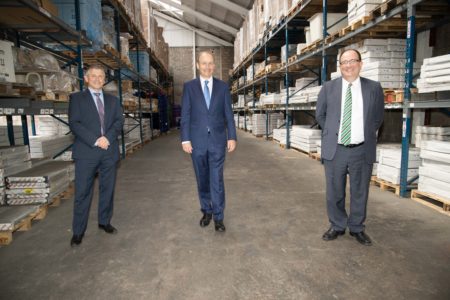 Now, back to the world of Bond; does 007 have any other Cork connections?, well we did find that someone has parked an Aston Martin in Kinsale under some bushes! It looks like a 1985 V8 Vantage. Why is it parked in the Four Winds Housing Estate, Featherbed Lane, Kinsale, Co Cork? We will never know, but it is yet another tenious James Bond connection to Cork.