Minister for Tourism, Culture, Arts, Gaeltacht, Sport and Media, Catherine Martin T.D., recently announced a range of funding supports in the region of €900,000, to support local authorities across Ireland to develop community-led commemorations of the significant historical events of 1920. 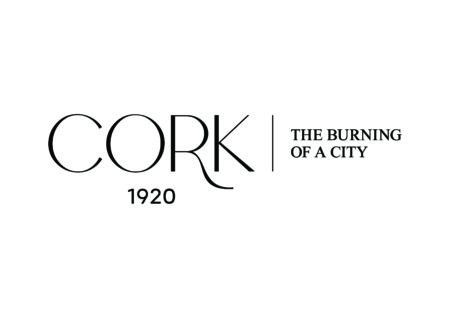 In recognition of the transformative events that occurred in the City and County €200,000 has been allocated for Commemorations in the County of Cork, with a separate allocation for Cork City.

“When commemorating the centenary of the Easter Rising in 2016, we had over 500 community events and initiatives in County Cork. Since then community interest has grown even further in commemorating the War of Independence and Civil War locally. This funding announcement is welcome. It is very important to remember where we have come from and history gives us our sense of place. In County Cork we take an inclusive approach to commemorations, where the past is always present and preserved for future generations. I would like to take this opportunity to commend the work of the county’s commemorative groups.”

On the Cork County and City Commemorative Programmes, Minister Martin commented, “Over the past number of months, the COVID-19 pandemic has resulted in the cancellation or postponement of public commemorative events in Cork County and City, in accordance with public health measures. This has caused great disappointment to everyone who has worked so hard to develop a very meaningful and significant commemorative programme. Both City and County Councils have redeveloped their plans to account for the restrictions and have come up with imaginative and thought-provoking programmes for the remainder of the year and I am delighted that my Department is contributing significantly to both programmes. I am confident that the events that took place in Cork in 1920 will be remembered in a meaningful, respectful and inclusive way.” 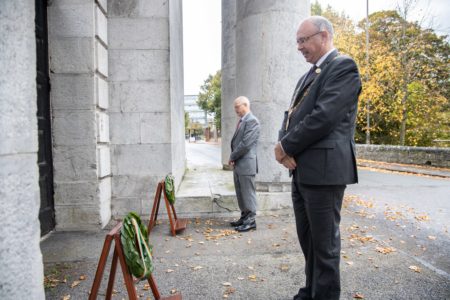 Lord Mayor, Cllr Joe Kavanagh and UCC Head of History, Dr Mervyn O’Driscoll laid wreaths at the site of the old Cork Gaol to mark 100 years since the death of Michael Fitzgerald, the first of the Cork hunger strikers to die. Mr Fitzgerald died after 67 days without food.
A book is to be published shortly on the survivors of the 94-day hunger strike in Cork Gaol, which helped put Ireland on the road to independence. Written by Conor Kenny and Clare Cronin, it is part of the Cork CIty Council Commemorations Programme.
Picture Darragh Kane

Cork played a significant role in the War of Independence and ensuing Civil War one hundred years ago and close to 100 incidents of historical importance took place in the county in 1920.

Other key events in 1920 County Cork included the assassination of North Cork’s Tomás Mac Curtáin at a time when he was Lord Mayor of Cork City and Terence McSwiney, a T.D. for Mid- County Cork in the First Dáil, who died on hunger strike while serving as Lord Mayor on October 25th 1920.

Further hunger strikers that year are being remembered including the death of Michael Fitzgerald from Fermoy on 17th October.

1920 in County Cork saw the Kidnapping in Fermoy of Brigadier-General Cuthbert Lucas (the highest-ranking Officer captured during the War of Independence in Ireland) and a number of ambushes and fatal shootings in locations such as Baile Bhuirne; Midleton, Timoleague, Bantry, Lissarda, Newcestown, Castlemartyr, Cobh, Knockraha and Youghal, and of course Kilmichael on 28th November, which resulted in the death of 20 people alone.