Mayor of the County of Cork Cllr. Mary Linehan Foley has welcomed the announcement of Fastnet Film Festival’s new ‘Puttnam Award’, a €20,000 short film award in honour of David and Patsy Puttnam. The winning project will be filmed on the Cork section of the Wild Atlantic Way and will reflect the theme of ‘The New Normal’.

Welcoming news of the award and the timely funding opportunity for Cork filmmakers, Mayor of the County of Cork Cllr. Mary Linehan Foley said

“The Puttnam Award is fantastic news for Cork County, providing yet another opportunity to support amazing artistic talent and promote the natural beauty of the Cork countryside and Coast. It also serves an important role in celebrating the cultural impact David and Patsy Puttnam have had in West Cork and their role in the development of the Fastnet Film Festival This is a great opportunity to thank David Puttnam for his work in putting rural Cork and a host of talented young Corkonians on the big screen for ‘War of the Buttons’ 26 years ago – a source of great pride throughout the County!” 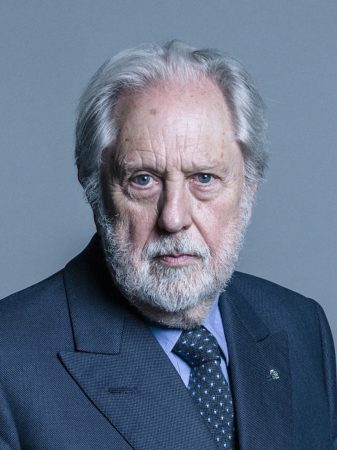 David Terence Puttnam, Baron Puttnam, CBE, HonFRSA, HonFRPS, MRIA (born 1941) is a British film producer and educator, environmentalist, and member of the House of Lords. His productions include Chariots of Fire, which won the Academy Award for Best Picture, The Mission, The Killing Fields, Local Hero, Midnight Express and Memphis Belle. He sits on the Labour benches in the House of Lords, although he is not principally a politician.

The Cork County Council supported Fastnet Film Festival has developed into one of Ireland’s premiere Film Festivals over the last 13 years, thanks in no small part to Producer David Puttnam and his wife Patsy, who have lived in West Cork for over 25 years.

The call for entries for “The Puttnam Award” opens on December 1st, with full details and application requirements available on the Fastnet Film Festival website www.fastnetfilmfestival.com from that date. The winning proposal will be announced at next year’s Film Festival, due to take place from May 26-30th and the completed film will be screened at the Festival in 2022.