Jobs boost for Cork with investment in aircraft

Green Rebel Marine has announced the €1.5 million purchase of a DA42 multi-purpose aircraft to conduct aerial surveys off the Irish coast. Thousands of square miles of ocean are due to undergo ecological assessment as part of the planning process for off-shore wind farms. 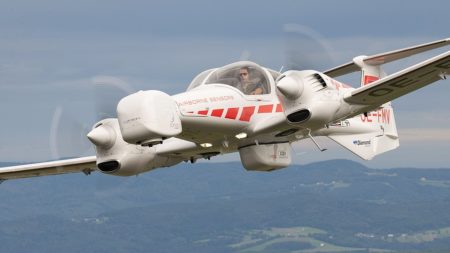 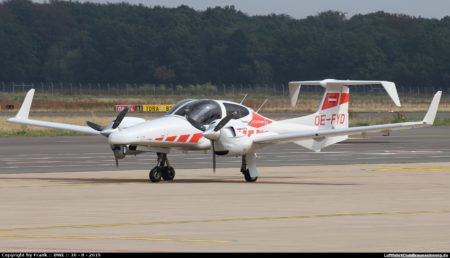 The new aircraft will be based at Cork Airport, and will result in the creation of fifteen new jobs. These jobs are in addition to the eighty announced by Green Rebel Marine in September.

With the purchase of its own survey aircraft, Green Rebel Marine will be the only domestic Irish company offering digital aerial surveys for offshore wind development companies.

The twin engined DA42 MPP is rated as best in class in terms of fuel efficiency and emissions, and is equipped with high performance aerial cameras to conduct ecological surveys.

Green Rebel Marine was established earlier this year to service the future needs of offshore wind farms. The company has already acquired Crosshaven Boatyard in County Cork, and the first in a fleet of survey vessels, the Bibby Athena.

Plans for offshore wind farms are at an advanced stage with a number of potential fixed and floating operators examining sites along the coast from Dundalk in County Louth, to the Cork coast and beyond. Their construction will not only increase Ireland’s ability to produce renewable energy, it will also create an entire new sector dedicated to servicing their operation.

Sarah Kandrot, Head of Aerial Surveys with Green Rebel Marine, says, “Off-shore energy is part of the green revolution, however the granting of licences for these wind farms is dependent on detailed surveys of the ocean to catalogue the ecology of the target areas. The purchase of this aircraft means that large sections can be digitally surveyed over a shorter period of time, with the aircraft flying at heights that will not disturb birds or marine megafauna. Ultimately, the information we compile will ensure that offshore wind farms are built in the best locations to protect the ecology of the ocean.”

Green Rebel Marine founder Pearse Flynn says, “The purchase of the survey aircraft, along with the first in our fleet of survey vessels, means that Green Rebel Marine is leading the charge towards sustainable and renewable energy off the Irish coast. This is an industry that will sustain thousands of jobs while transforming Ireland into a net generator of electricity. The oceans around Ireland are a vital resource, and the quality survey work being undertaken by Green Rebel Marine will help to both protect that resource while harnessing its potential.”

The Green Rebel Marine aircraft will be permanently based at Cork Airport once it enters full-time operation early next year.

Niall MacCarthy, Managing Director at Cork Airport, said: “2020 has been a tough year for everybody so it’s great to be starting 2021 with a good news story. Recovery and jobs will be THE theme for 2021 and an aircraft based with us in Cork which helps create new jobs particularly in the green energy sector is very welcome. The Green Rebel Marine Diamond Aviation 42 aircraft will be based at the Weston General Aviation Hangar at Cork Airport and we wish them every success in this exciting new offshore wind venture.”