Uplift campaigners today delivered the 13,000 signature petition to Barry’s Tea Headquarters in Cork after the company have repeatedly not met their promises to remove plastic from all of their teabags since they started campaigning on the issue over two years ago.

Alongside the petition today, campaigners brought a giant mug of Barry’s Tea – made out of recycled cardboard and filled with plastic from their recycling bins – to highlight the plastic in every mug of tea. 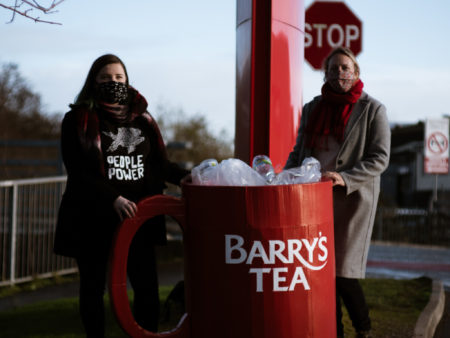 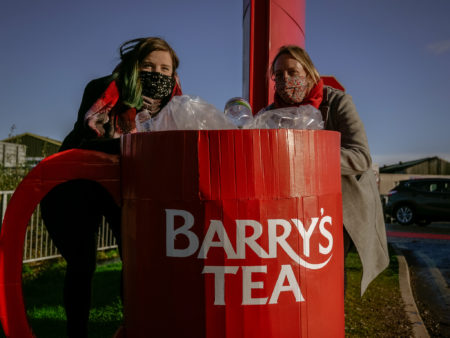 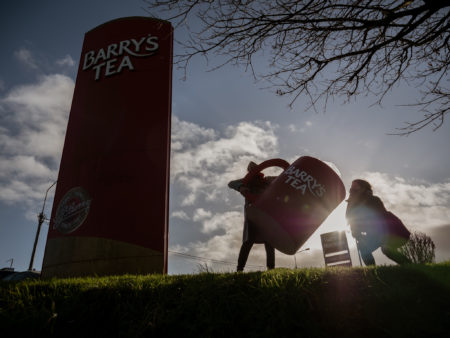 According to campaigners “Teabags produced by Barry’s are sealed with a petroleum-based plastic called polypropylene and don’t decompose.” Uplift, a campaigning community of more than 340,000+ people across the island, have been campaigning on this issue for several years after one of their members started a petition highlighting the issue.

Under pressure from Uplift members Barry’s promised to remove plastic in 2018 but have been “dragging their heels”, according to campaigners, in following through on their promise.

In August of this year after Uplift launched a live counter – showing that 97 Barry’s tea bags are consumed per second in Ireland, Barry’s Tea spoke to the Irish Independent newspaper in 2018claiming the tea firm were to ‘turn over new leaf on plastic use’. Unfortunately, as of the end of 2020, the brand has not removed the plastic from all of their tea bags, according to campaigners.

“The government is currently discussing changes to the proposed Climate Action Bill that we want to see contain action on single use plastics – we want Barry’s to take action on single use plastic tea bags too. More people are beginning to live more sustainable lifestyles and these tea bags cannot be composted and ultimately, will contribute to more plastic ending up in our seas and rivers – harming our beautiful country. The issue really highlights that the consumer can only do so much when it comes to reducing plastic in their day to day lives, the real decision makers on how much plastic we use are the companies and the policies that allow them to do it.”