Workers need to be treated honourably

Sinn Féin TD for Cork South Central, Donnchadh Ó Laoghaire, has said that government must ensure that retail workers in the Arcadia Group have their collective agreement honoured and that they receive a fair redundancy package. 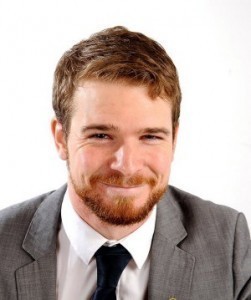 The call comes amid reports that 490 Topshop workers are due to be made permanently redundant.

“Since early December, when liquidators were appointed to the Arcadia Group (Topshop, Topman, Dorothy Perkins, Burton, Miss Selfridge, Evans and Wallis) there was a significant worry amongst the workers and their trade union that the difficulties of the company may be insurmountable.

“There was, however, hope that the jobs across the company could have been saved by finding a new buyer. Unfortunately, that hope has faded and the liquidators informed workers and their trade union, Mandate, of the situation late yesterday.

“The news that 490 workers from Topman and Topshop, and many other stores, are to be made permanently redundant is an incredible blow to these workers, their families, and their communities. Indeed, it is a massive blow to the retail sector in Ireland.

“Arcadia stores had traded throughout Christmas, under the provisional liquidators, in order to maximise the value of stock. At that time, Sinn Féin stated that if the jobs couldn’t be saved, then the monies secured from the sale of this stock needed to be ring-fenced for a decent redundancy package for workers.

“Given the unfortunate situation that has arisen, it is important that the government inform the liquidators that they expect the workers’ collective agreement to be honoured and a fair redundancy package paid.

“We cannot have another Debenhams situation, which, disgracefully, has not yet been resolved.

“The government must not only step in on behalf of the retail workers at the Arcadia Group, but they must also progress legislation to boost workers’ redundancy rights in the context of a liquidation.”