Over the past three months, Irish businesses have had to face numerous challenges as they navigate the implications of a post-Brexit era.
Among these challenges is the long-term reality of increased customs clearance declarations required in order to trade between Ireland and the UK.

With the number of declarations for the first two months of 2021 having already surpassed 2020’s yearly figure, fellow Irish company Cantec Group (with Cork offices in Euro Business Park, Little Island) and its software division SmartOffice Technology has launched a new automated software to tackle this problem. Unveiling their automation software ‘ClearanceTec’ at a virtual event, they were joined by Minister for Foreign Affairs Simon Coveney T.D. who discussed how Cantec Group’s customs clearance automation software will make a big difference for exporters going forward with over 250 businesses in attendance. 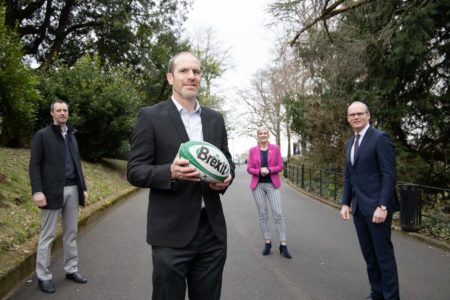 Due to the increase in declarations now required and the complexity associated with this, ClearanceTec will enable businesses to save a significant amount of time during the customs clearance process, speeding up each individual declaration by up to 20 minutes.

In 2020, Cantec, which started out a print service provider in 1994, merged with SmartOffice Technology and together as part of the Cantec Group, their software solutions simplify the way people work by automating everyday business processes.

“The core focus of SmartOffice is to help businesses automate and streamline processes which take up a disproportionate amount of time for the value they add. With the issue of customs clearance declarations evident, our team at SmartOffice, led by Group Commercial Director Paul Martin were keen to use the software engine of SmartOffice’s highly successful accounts payable automation solution to automate the customs clearance process. We worked closely with John Dawson of Bell Transport & Logistics, a well-established customs clearance agent in Waterford, in the development phase of ClearanceTec. John has a wealth of knowledge and experience in the logistics business, and has carved a niche for his company in handling customs clearances declarations on behalf of his customer base of exporters.” 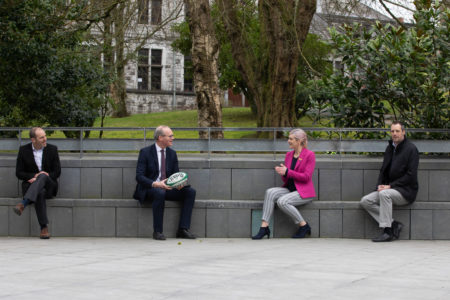 “While disruption was expected and despite hiring additional staff in preparation for the significant increase in declarations, the sheer volume surpassed all expectations as we coped with the surge in business coming our way. We were delighted to work closely with Cantec Group in the development of their software and we are confident it will become an instrumental part of the business, significantly reducing the time taken per declaration. It is a game-changer for Irish exporters and clearance agents.”

Having been successfully BETA tested with a number of Cantec’s clients, businesses using ClearanceTec are expected to deal with up to five times the number of clearances going forward.

As part of the launch event titled ‘Power of the Pivot, Reinvent your Business’ which also discussed Cantec’s pivot; host Alan Quinlan, Munster and Ireland rugby legend was joined by a number of business leaders who described their own transformational experiences.