A charity event in aid of the Cleft Lip and Palate Association of Ireland is set to reach its fundraising target two weeks into its three month run. Participants from across the globe are taking on the Funbarr Challenge to do things they’ve never done before.

It’s the second year of the event which was set up by Cork man Luke O’Mahony whose son Finbarr was born with a cleft lip and palate. It’s continuing until August 31st and has raised more than €11,000 so far.

One of the main challenges saw a team of first-time rowers circumnavigate the three islands in Cork harbour. Green Rebel Group sponsored Team Primus who trained for five weeks before successfully rowing 35km around Cobh, Haulbowline and Spike Island. It coincided with the Cork Harbour Festival and saw Team Primus win the Novice Award. 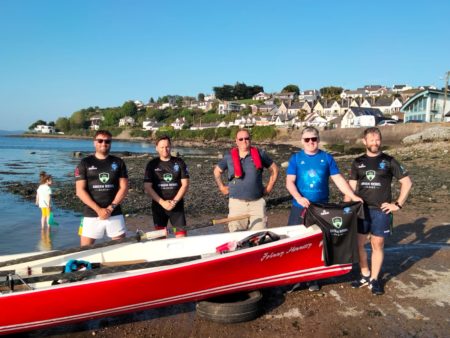 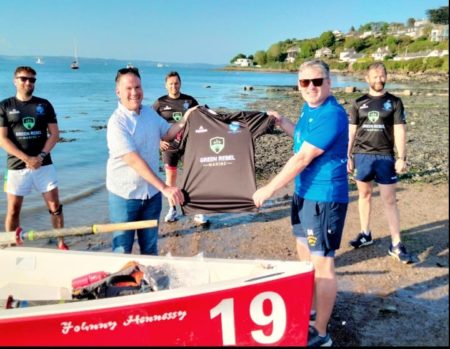 Luke O’Mahony says: “We are absolutely thrilled to be recognised by the Cork Harbour Festival. Our crew had never seen the inside of a boat before last month so it’s amazing to receive an award as part of that. It’s great to have local company Green Rebel Group on board as sponsors too.”

Jon Meany, Business Operations Manager with Green Rebel Group says: “We are delighted to support such a fantastic and worthy fundraiser. It’s a big deal for a group of novice rowers to take on the challenge of all three islands in Cork harbour and it’s wonderful to see the crew recognised with an award. The Funbarr Challenge is continuing until the end of August and we want to wish all participants the best of luck in their upcoming events.”

Other events include a 100km mountain trail run in Uzbekistan, a 30-hour two-day hike in Scotland and a team of 29 cycling a combined distance of 3,000km in Doha. More information can be found on https://www.thefunbarrchallenge.com

The Cleft Lip and Palate Association of Ireland (CLAPAI) is a voluntary group formed to provide support and information for parents of children affected by cleft lip and palate and those directly affected by the condition. The funds raised during the 2020 Funbarr Challenge were used to purchase a consignment of specialist bottles which were distributed to every maternity hospital in Ireland.