Riverstown Amateur Boxing Club in Glanmire, Cork County winners in the recent Texaco Support for Sport initiative, has been presented with a cheque for EUR5,000 to be used to upgrade the floor and renew equipment in its strength and conditioning area.

One of almost 400 clubs countrywide to make application under the scheme, Riverstown Amateur Boxing Club was founded in 1984 and now has up to 70 active male and female members and an impressive string of achievements to its name, including medal-winning successes at World and European levels and in county, provincial and national championships. 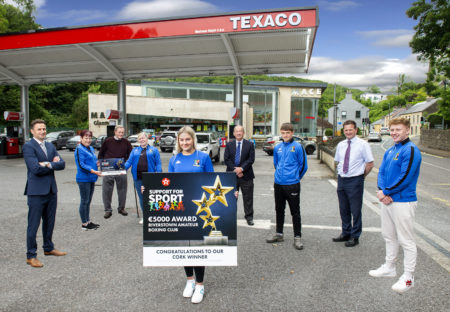 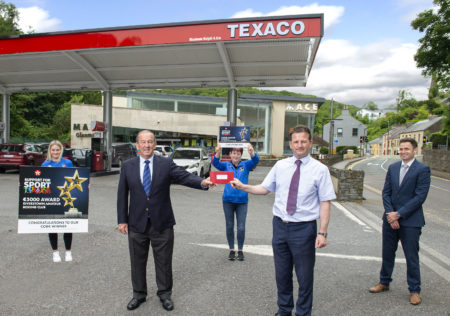 The presentation was made to the Club by Valero Energy (Ireland) Limited – the company that markets fuel in Ireland under the Texaco brand. Under its Texaco Support for Sport initiative, launched last September, a fund of €130,000 was set aside for allocation in equal amounts of EUR5,000 to successful applicants chosen on a county-by-county basis. Overseeing the adjudication process was Texaco Support for Sport ambassador, former Irish rugby international and broadcaster, Donncha O’Callaghan.

Entries to the Texaco Support for Sport 2021 initiative will open this Autumn.